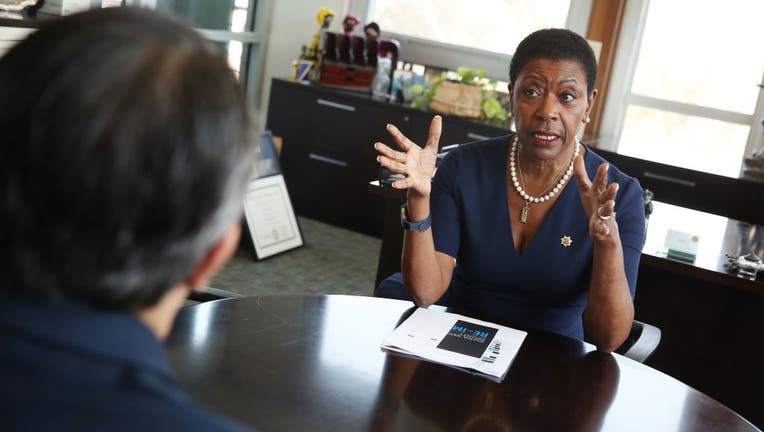 The unnamed alleged victim has filed a lawsuit in Contra Costa County against pastor Alvin C. Bernstine, former church employee Jesse Armstrong and Bethlehem Missionary Baptist Church of Richmond for alleged sex abuse by Armstrong "in or around" 2011 when she was 14.

The statement from the victim's lawyers at Manly, Stewart & Finaldi says Armstrong is a registered sex offender in the state of California and currently incarcerated for two years and eight months in connection with his sexual abuse of the plaintiff.

The lawsuit alleges Armstrong was twice convicted of sexually abusing at least five minor girls before Bernstine hired Armstrong to be a youth choir director at the church.

The release alleges Armstrong "used his position as choir youth director to meet, groom and reportedly sexually assault Jane SD Doe for a period of approximately four months. The sexual abuse mentioned in the lawsuit occurred at various locations, including but not limited to, between classes at plaintiff's school, and at hotels, oftentimes immediately following choir practice or other church events."

"Armstrong was a convicted child molester at the time he was hired by Pastor Bernstine and the Bethlehem Missionary Baptist Church to work with children as a youth choir director," the release said. "Even a minimal background check would have revealed that fact. Either they hired him with no background check which is the height of negligence, or they knew of his criminal background and hired him anyway which could expose them to criminal liability."

A message left for Bernstine at the church Wednesday morning wasn't immediately returned.

"Given the personal relationship between Pastor Bernstine and District Attorney Becton, we are calling upon Attorney General Rob Bonta to investigate this case to avoid any conflict of interest on behalf of the district attorney," said the alleged victim's attorney Vince Finaldi.

Becton's spokesperson Ted Asregadoo said in an email Wednesday, "Dr. Alvin Bernstine and Diana Becton were married in 2020. The events listed in this civil suit occurred in 2012. These civil claims substantially predate their marriage. As such, Diana Becton is completely unrelated to the civil claims which stem from a decade ago."