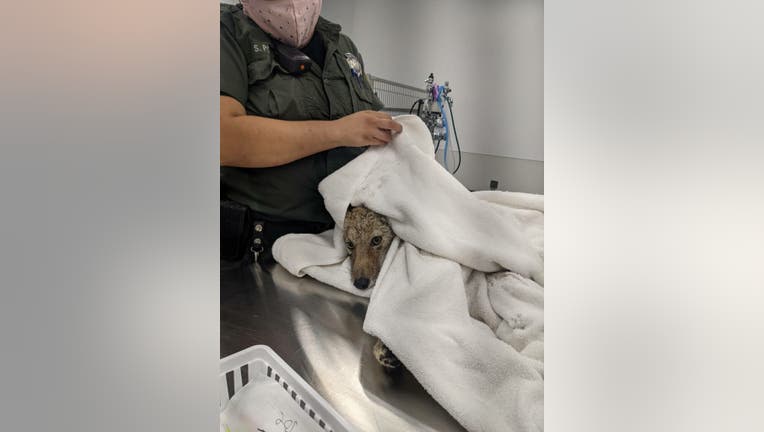 It isn't clear how the cute canine ended up in the touristy Fisherman's Wharf area, but officials with Pier 39 company said the male pup was seen "strolling along Pier 41 near Blue & Gold Fleet" at around 10:30 a.m. 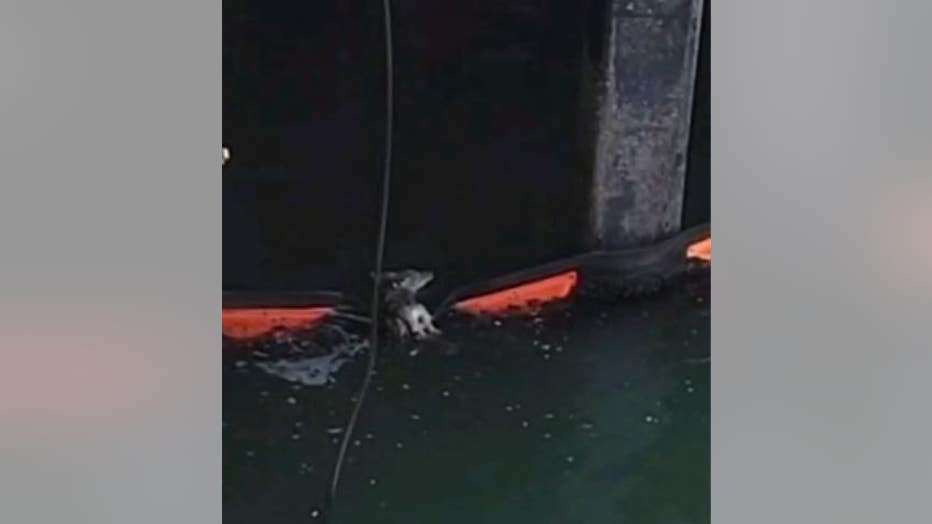 A coyote pup was seen strolling near San Francisco's Pier 41 at the Wharf on Thursday. When it was approached by humans trying to help it, they coyote jumped into the Bay. Animal control and workers from the Blue & Gold Fleet used a boat to save the pup from the water.

The pup actually jumped into the Bay, presumably to escape his captor, when approached by SF Animal Care & Control, who were called to help him.

The coyote had to be rescued from the water. Fortunately, two Blue & Gold Fleet employees acted quickly in getting a small boat in the water. They, along with an Animal Control worker with a dog-catcher's net, made the save.

Pier 39 shared video where bystanders on the pier cheer, "coyote saved!" and applaud when the soaking-wet pup is out of harm's way. And it's a good thing the timing was right. The Pier spokesperson said they weren't sure how much longer the pup would last swimming in the Bay.

The coyote is said to be in good health and was treated for hypothermia. He was expected to be released the same day after his swim and a boat ride – quite an ordeal for the youngster.

And of course, we're told everyone fell in love with him and wanted to take him home. 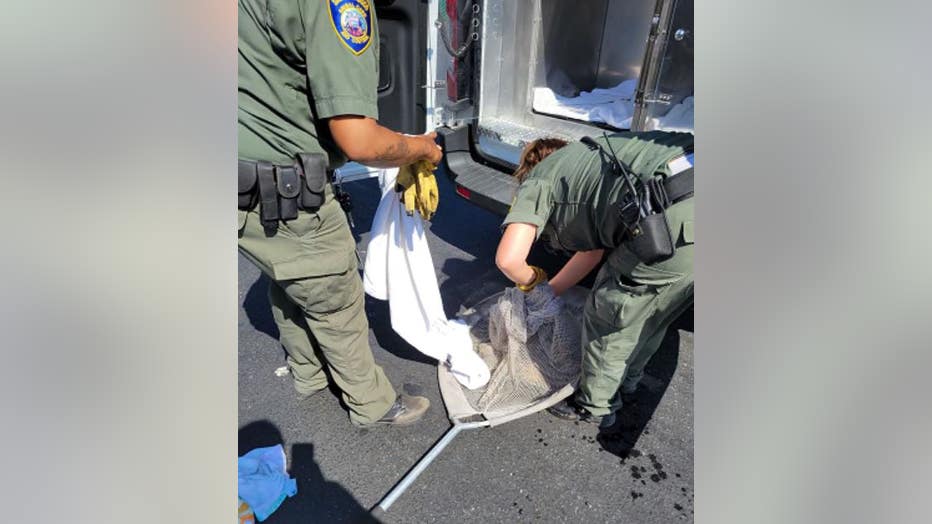 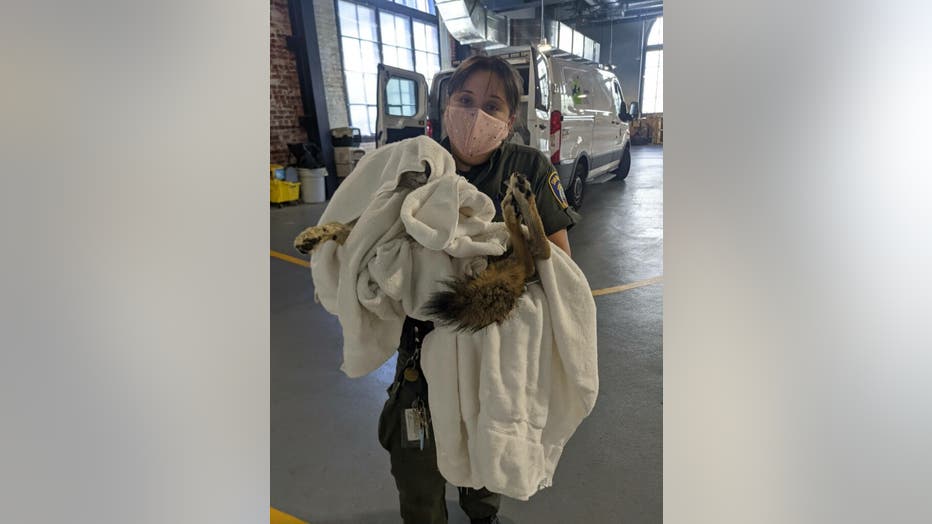