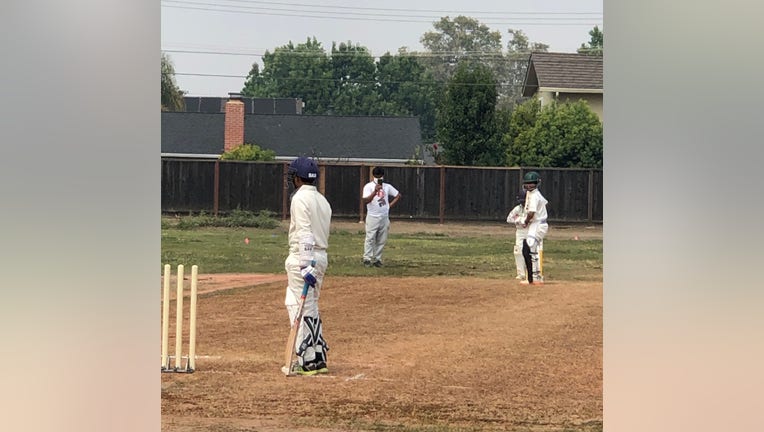 Youth from the California Cricket Academy play on a new pitch in Cupertino.

CUPERTINO, Calif. - Patience is a virtue in the game of cricket; some games last as long as five days.

And so, 17 years after the nonprofit organizers first broached the idea, the California Cricket Academy is thrilled to finally have a pitch to play on at the Cupertino Union School District. The pitch, which is the cricket term for field, is located in a grassy area at the former Luther Elementary School in Santa Clara.

The first game will be played on Halloween between students from Cupertino, Fremont and San Jose. All the players will be wearing masks and a COVID-19 plan was submitted to the proper health officials.

"Oh, it's really a dream come true," said Buch, a compliance manager at Juniper Networks. "It took so long. The gesture is wonderful, especially for those who might have been skeptical about the game."

It's been challenging to gain steam on the project because while cricket is growing in popularity in the United States, its numbers – and therefore clout – pale in comparison to mainstream American activities, like soccer and football.

Cricket is wildly popular in England, Pakistan, New Zealand and South Africa, and India, where Buch was born, which is why getting a dedicated pitch has been his nearly full-time hobby since 2003.

Buch said the entire project cost $200,000 to $250,000. The money was raised through sponsors and donations. All the money is private, and the land is being provided by the school district.

Putting so much time and money into the pitch has been worth it, Buch said.

"It came out beautifully," he said. "This opens up an opportunity to host international teams. It's the talk of the town."