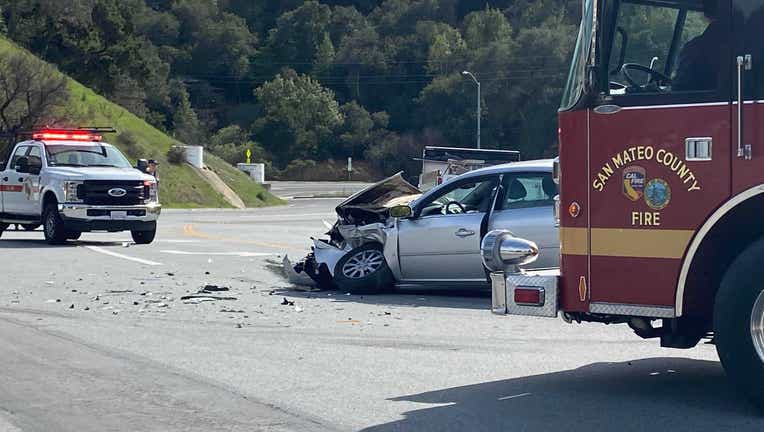 The collision between a Buick sedan and a dump truck was reported shortly after 2 p.m. at the intersection of Crestview Drive and Edmonds Road, where fire and medical personnel tended to the driver of the Buick, who was ultimately pronounced dead at the scene.

"The driver and occupants of the dump truck remained on scene and are cooperating with the investigation," the Sheriff's Office said.

Anyone with information about the case is asked to call the San Mateo County Sheriff's Office Tip Line at (800) 547-2700.