Nine workers for an appliance delivery service are suing their employer because they claim to be misused, underpaid and misclassified as independent contractors.

BENICIA, Calif. - Nine workers for an appliance delivery service are suing their employer because they claim to be misused, underpaid and misclassified as independent contractors.

The Linn Star Transfer Incorporated workers start their day at a Benicia warehouse and deliver appliances for companies like General Electric, Costco and Home Depot. The problem is they claim there’s nothing independent about their work; they’re required to attend meetings, report in at specific times and complete daily tasks. Workers have no control of their loads, their schedules or their routes.

“Everything that we do, the manager made a decision,” worker Giovanni Granizo said. “No independent, that’s only the name.”

They say they receive no minimum wage, no overtime and no coverage of business-related expenses.

A new California law, referred to as Assembly Bill 5 (AB5), aims to address the misclassification of workers. It was sparked by the gig economy and companies like Uber and Lyft. It went into effect Jan. 1 and better defines employees versus independent contractors.

The new law determines an independent contractor through a three-point legal test. First, they must be free of control in performing the work. Next, the job must be outside the hiring company’s main business. Finally, the contractor must have an independent business.

While workers did admit to setting up limited liability companies, they say they were forced to by Linn Star.

“It’s just much easier and cheaper for employers to call people contractors instead of employees,” attorney Robert Nelson who’s representing the Linn Star workers said. “There’s that natural instinct to do that. I think it’s terrible.”

Nelson said it’s clear that despite their contract, they have little choice and if instructions, schedules or routes aren’t followed delivery workers are punished.

Ultimately, the workers want to be classified as employees to earn better pay and work less hours. 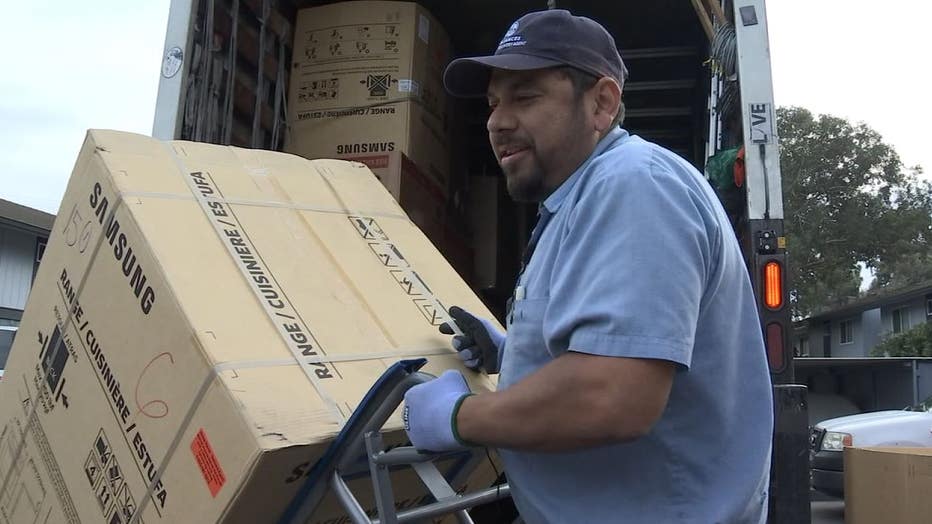 “We work six days a week and working those hours is killer,” worker Jarver Chavarria said. “Basically, there’s no life in there. I got kids so I want to spend time with them but they don’t give us the time.”

The Iowa-based Linn Star Transfer Inc. did not comment on the pending lawsuit and has yet to respond in court filings.