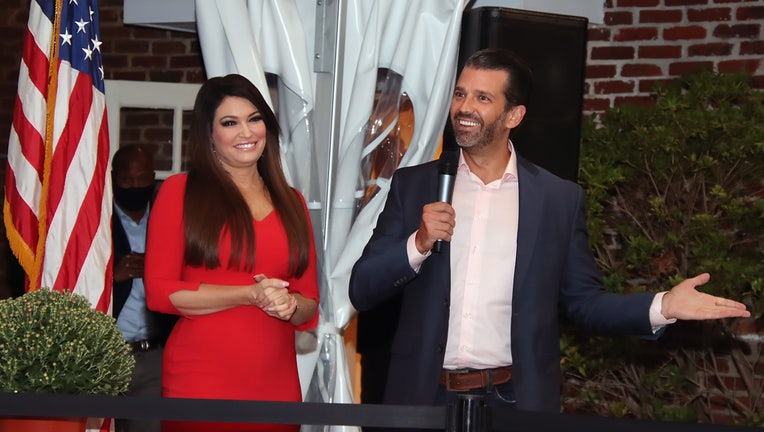 The Palm Beach Post reports that the couple spent $9.7 million this week to buy an 11,000-square-foot, six-bedroom, 11-bath mansion in the town of Jupiter, about 20 miles from the Mar-a-Lago compound where former President Donald Trump and former first lady Melania Trump are living.

The home is in the exclusive and gated Admirals Cove community and on the Intercoastal Waterway. Baseball Hall of Fame member Mike Schmidt and Washington Nationals star pitcher Max Scherzer also live in the 888-home community and singer Celine Dion is a former resident.

On top of the home price, new residents must pay a $195,000 membership fee. The community features a marina that can accommodate large yachts, 45 holes of golf and tennis courts.

Trump Jr., 43, is the executive vice president of the Trump Organization, the family's business group. Guilfoyle, 52, is a former Fox News personality. Both are active in Republican politics.

The couple has been dating for about three years. Guilfoyle was previously married to Democratic California Gov. Gavin Newsom.