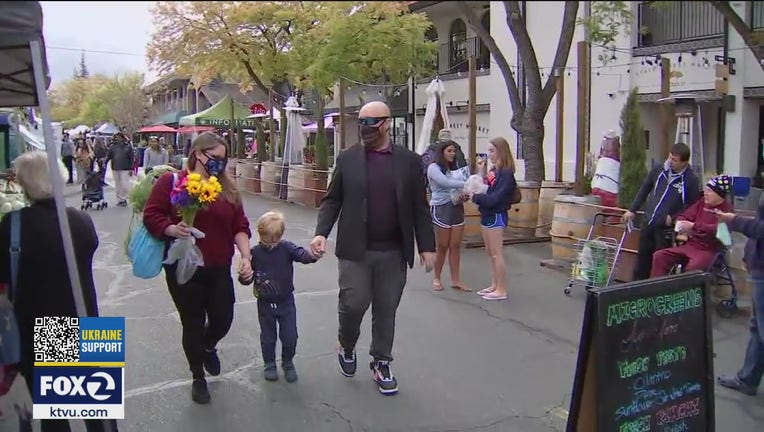 "You just feel like it's a lot more hip, a lot more going on," said Danielle Kamis, a Los Altos resident who has been visiting the farmer's market for years. She came on the market's opening day with a friend to pick up fresh produce for dinner, and was eyeing the new food hall to pick up a pre-dinner ice cream.

"People thought during COVID, that everything was just quiet," Anita Enander, the mayor of Los Altos, said. "What they didn't know was we were planning for a tremendous resurgence in town."

That resurgence has taken shape.

"I think with the food around here, Los Altos is starting to become a little bit of foodie destination," Scott Hunter, the executive director of the Los Altos Village Association said.

He added that there's a push to bring the city's younger residents, that have grown in recent years, to visit downtown for more than dining and shopping. Downtown now hosts live music and events like the farmer's market and First Friday strolls.

Next on the list, Hunter said, is possibly bringing a live performing arts center to downtown.

"We've hired a consultant to do a feasibility study on having a downtown live arts theater," Hunter said.

"I think Los Altos used to be more of like a sleepy town," Kelli Smith, who grew up in the South Bay and now lives in Florida, said while visiting the farmer's market. "I've definitely seen a lot of change for the better."