DUBLIN, Calif. - A San Francisco rapper, Lil Yase, has been identified as the victim of a homicide early Saturday morning near the East Dublin BART station, Dublin police said.

The 26-year-old up-and-coming rapper, whose real name was Mark Alexander Jr., had been brought by a passerby to ValleyCare Medical Center in Pleasanton at about 1 a.m. Saturday, suffering from multiple gunshot wounds.

A San Francisco rapper, Lil Yase, has been identified as the victim of a homicide early Saturday morning near the East Dublin BART station, Dublin police said.

Antonyyo was then taken by ambulance from ValleyCare to Eden Medical Center in Castro Valley, where he died from his injuries, Dublin police Capt. Nate Schmidt said.

Police said they believe the shooting occurred in the 5100 block of Iron Horse Parkway, about a block north of the East Dublin BART parking structure.

Evidence was collected from that scene, but as of Sunday evening, no suspects had been identified.

The rapper grew up in the Sunnydale housing projects of San Francisco. He made a name for himself on YouTube, where his videos got hundreds of thousands of views.

Schmidt said the victim was able to speak briefly to Pleasanton police before he died and investiagtors "do have some leads."

Police believe the rapper drove to the area where he was shot, but a motive for the killing is unknown.

"Why he was here in our city of Dublin is really the big questions we're trying to answer," Schmidt said. This is the second homicide of the year in Dublin. The last time someone was murdered in the city was back in 2009.

"I don't believe that this is just a random act, an act that we have somebody out there that the public needs to worry about," Schmidt said.

Dublin police ask that anyone with information about Antonyyo's shooting contact them at (925) 833-6670. 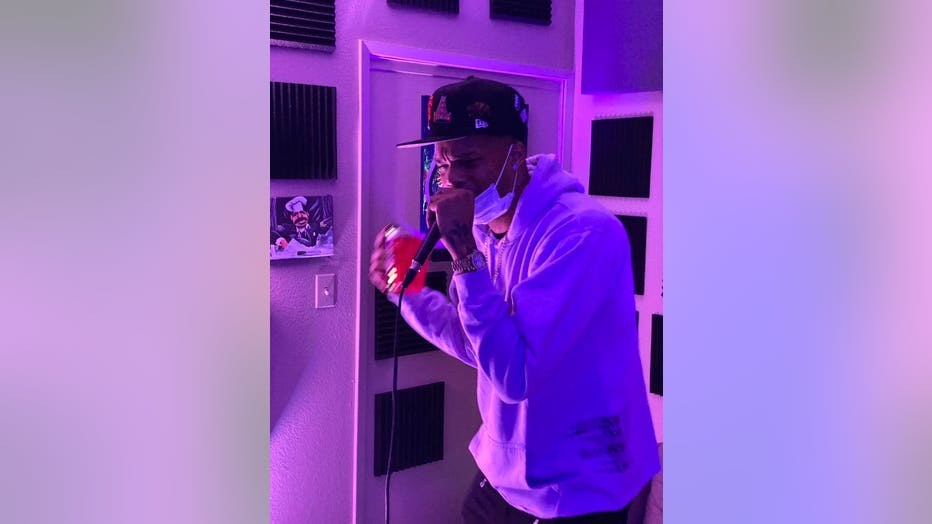