Dublin prison guard says she was forced out for reporting abuse

Tess Korth worked as a federal correctional officer at Dublin's prison for 25 years, in which she reported the abuse of women. Then, she got a letter telling her she was re-assigned to a men's prison Oregon. She left. And now, she's telling her side of the story.

DUBLIN, Calif. - Tess Korth worked at the all-women's Federal Correctional Institute at Dublin for a quarter-century, working her way up from a young officer to a unit manager supervising a small staff and 300 women behind bars.

That was until May.

Three months ago, she and about two dozen colleagues were told without explanation that they had to move prisons across the country if they wanted to keep their jobs.

Prison management never told her and her colleagues why they were getting reassigned. But union officials surmised it was either because they were bad officers whom they wanted to shuffle to other facilities or they were whistleblowers – like Korth – whom the managers wanted to stop talking.

So the 50-year-old Korth put in her papers and retired in July.

"I refused to be moved to uproot my family, my husband's business, and go work in a male facility up in Oregon where I know nothing," Korth said in a recent, in-depth interview giving a rare glimpse into the culture at the Dublin prison from an officer's point of view. "You know, after 25 years, I refuse to be reassigned because I reported something."

She added: "I told them to shove it …and some other choice words."

During her tenure, Korth said she reported several abuses at the prison, including the behavior of former Chaplain James Highhouse – now charged by the Department of Justice with having sex with incarcerated women – who wore tight shirts and visited women in their cells, to an officer nicknamed "Dirty Dick," who would eat bananas in the dark watching the Latina prisoners.

No one seemed to listen to her.

Then, in January, Korth submitted a formal complaint to the Office of Inspector General about how women, including pregnant ones, were being inappropriately locked up in isolated COVID quarantine, barring contact with their children and given no expected date for release. One woman miscarried in this unit, which Korth raised as a serious concern.

Within a few weeks of sending that report, Korth said she got called into her supervisor's office.

"And for the first time in 25 years," Korth said. "I got a letter of reprimand for questioning her leadership." 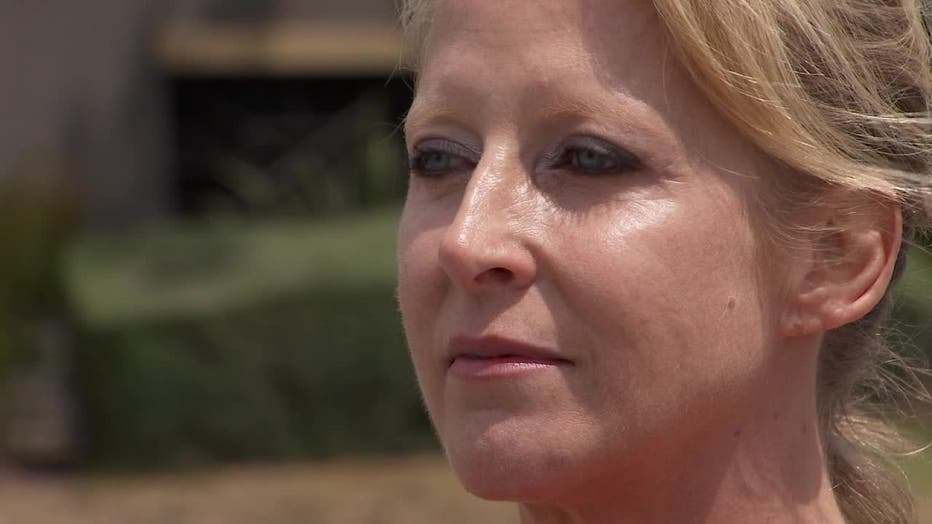 Tess Korth retired from FCI Dublin after speaking out and getting reassigned.

KTVU has asked repeatedly to interview the new warden, Thahesha Jusino, at FCI Dublin in the hopes of touring the inside of the facility and asking questions about the culture of sexual abuse and retaliation there.

Jusino was brought in after the former warden, Ray J. Garcia, became one of five officers charged with having illegal sex with the incarcerated women at the Dublin prison in the last two years.

All the requests have been declined.

Instead, the Bureau of Prisons has issued several written statements to KTVU saying the federal agency does not condone sexual abuse and take all the allegations very seriously.

The agency also promised that the BOP "will bring to justice those who abuse public trust."

The FCI Dublin reassignments, such as Korth's, have gotten the attention of Congresswoman Jackie Speier, who last toured the prison in March.

Earlier this month, Speier wrote a letter to the new, reform-minded director of the Bureau of Prisons, Colette Peters, to find out the criteria who was re-assigned and why.

Without mentioning Korth by name, Speier noted that some of the 22 people who have been reassigned from the Dublin prison "had courageously reported and acted to prevent instances of sexual violence."

Speier wrote that she felt the reassignment process "could potentially be subverted and deployed as a retaliatory tool aimed at silencing whistleblowers."

Peters' office has yet to respond to Speier's request.

Korth tried to get the incarcerated women in her care to speak to Speier during her visits, but she said those attempts were blocked by prison management.

One of those women was an incarcerated woman, R.,W., who told Korth that she had witnessed officers having sex with women in the kitchen and she knew the warden at the time was giving diamond earrings to his "girlfriends."

Korth said she tried to have R.W, speak to the congresswoman.

But before Speier's visit, R.W. was quickly transferred out of FCI Dublin to a federal detention center Seattle. 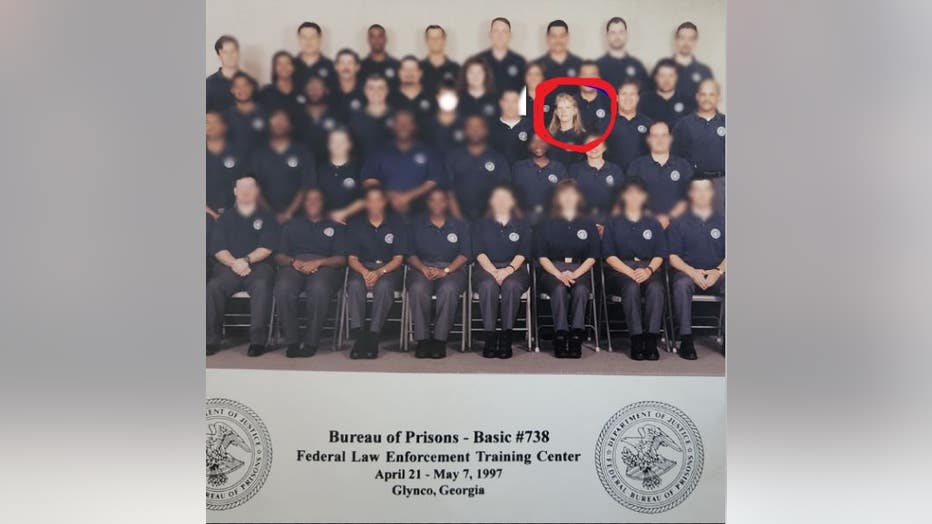 Korth said that FCI Dublin wasn't always a place of sexual abuse and "cultural rot," as Speier described it during one of her visits.

In fact, when Korth was first hired at age 24, she said there was a good, wholesome vibe at work.

"It was a close-knit family," she said.

Korth prided herself on being an expert in female prison conditions. She did her master's on gender-specific programming. And she would regularly seek out information to make the conditions in the prison better for the women living there.

But a few years ago, Korth said that FCI Dublin got a "lot of transfers" from outside the area and many people were also hired simply because they were friends or relatives with an employee.

The culture changed. Officers began talking in a demeaning manner to the women, referring to them as "bitches" and worse.

"The treatment of inmates was terrible and nothing was being done," Korth said. "The whole culture, the whole atmosphere of Dublin changed."

And despite Korth and others speaking up, she said no one was being held accountable.

"Some people, it's well known they're dirty," Korth said. "They just continue to be allowed to continue abusing the inmates. Staff have observed them sitting in their office in the dark, watching inmates, terrorizing inmates, being abusive to other staff members. Just things that they're not supposed to be doing. And we've been reporting stuff for years and, you know, they still work there."

What bothers Korth so much is that in training, officers are repeatedly told that they must keep incarcerated women safe – that their punishment is their sentence behind bars and nothing else.

"We're not here to punish them any more," she said.

It's not as if all the officers are bad.

In fact, Korth said, most are caring and professional. 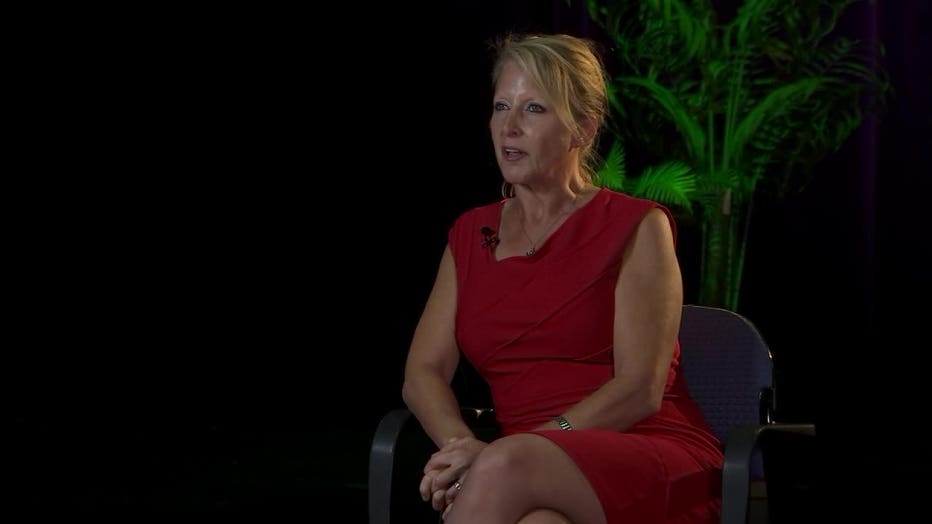 Tess Korth gives a rare look at the culture of FCI Dublin from a correctional officer's point of view.

Calls for leadership to change

The good people is the key reason that Korth is speaking out about an agency that she has loved for most of her life.

She wants the culture and the leadership to change, though she's not sure that it will.

For years, Korth said, it's been known that if you "mess up, you move up."

"We have to have better leaders," she said, adding that it's crucial that abuse allegations are investigated by an independent party – not the Bureau of Prisons. "How am I supposed to investigate somebody that I've known for 20 years? How? I'm happy that I'm done with the drama of the terrible leadership that we have. And I hear it's just getting worse."

She added she never would have retired if she hadn't been reassigned.

Korth is fully aware that some people will try to tear her down for airing the agency's dirty laundry in public.

But she's not scared and feels what she is doing is right.

"I love that agency," she said. "I was always so proud of the agency. I lived it. But I'm disgusted at what it's become. Hopefully they'll make a change."