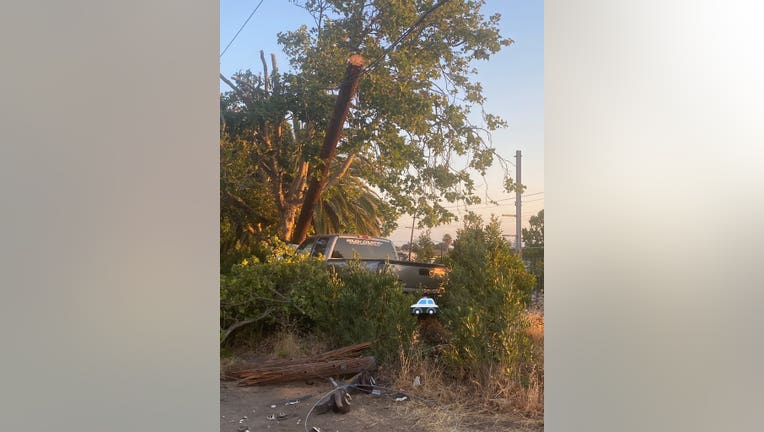 BELMONT, Calif. - A driver was arrested on suspicion of driving under the influence after the car they were driving crashed into a power pole in Belmont, causing a small grass fire and a local power outage.

Belmont Police Department, which tweeted about 6:30 a.m. Saturday, said the fire was quickly extinguished. Police said the power outage extended northwest from the scene at El Camino and Davey Glen. 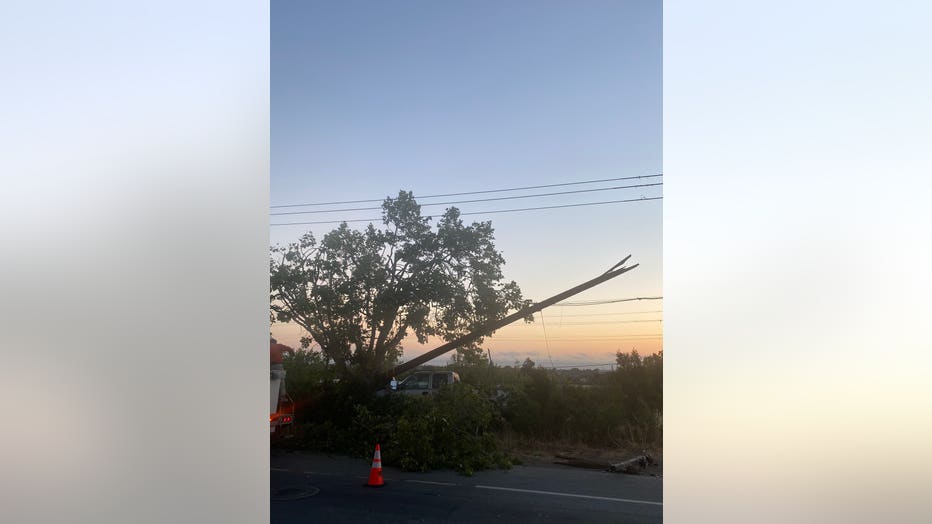 According to Pacific Gas and Electric's website, an outage nearby along El Camino Real affected 5,500 customers, and was expected to be repaired by 10 a.m.

Belmont police did not announce the name of the driver.