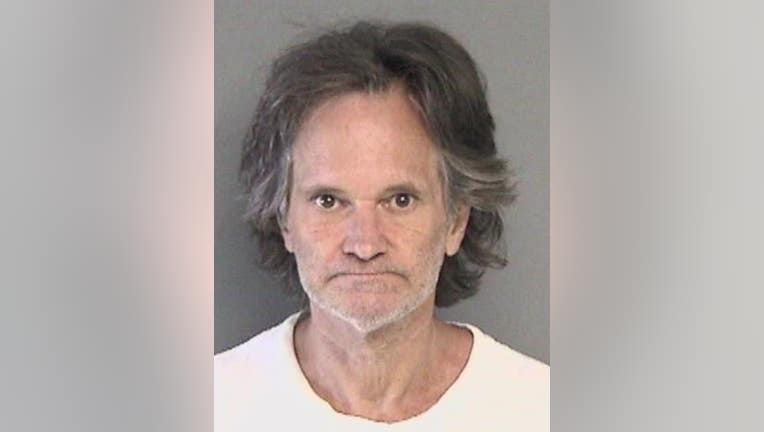 OAKLAND, Calif. - A 61-year-old man was sentenced to 40 years in federal prison on Thursday for vengefully mailing explosive devices and injuring recipients in 2017.

Ross Gordon Laverty, of Oakland and known as the East Bay Mail Bomber, was convicted on Oct. 14, 2020 for mailing two improvised explosive devices with the intent to kill or injure the recipients. A grand jury charged Laverty with multiple felony counts in 2019, and a federal jury found him guilty on all counts after his trial.

Evidence from his trial determined that Laverty was motivated by revenge. One explosive was sent to a corrections officer who strip-searched Laverty in 2014 when he was incarcerated in San Mateo. The other explosive was sent to an Alameda Police Department officer connected to a 2013 probation search of Laverty's residence that led to his arrest.

Laverty missed his targets. Instead of injuring the intended San Mateo corrections officer, he injured an East Palo Alto man who shared the same name. Instead of injuring the intended Alameda police officer, he injured the officer's wife. Both victims testified at their trials that they still suffer ringing in their ears and other long-term symptoms.

"This desperate and shocking attack on our partners in law enforcement did real harm to customers of the U.S. Postal Service," said Acting Inspector-in-Charge Kevin Rho of the U.S. Postal Inspection Service, San Francisco Division, in a statement.  "Today’s sentence demonstrates our unity of purpose in protecting the public from dangerous items in the mail.