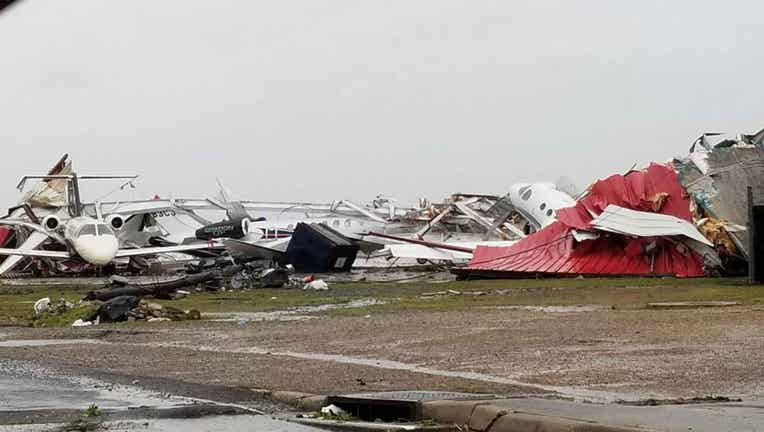 Damage at Monroe Regional Airport in Louisiana after a reported tornado on Sunday. (City of Monroe)

JACKSON, Miss. - Strong storms pounded the Deep South on Sunday, killing at least six people in south Mississippi and damaging up to 300 homes and other buildings in northern Louisiana.

Mississippi Emergency Management Agency director Greg Michel said one person killed was in Walthall County, two were killed in Lawrence County and three were killed in Jefferson Davis County. All three counties are more than an hour's drive south of Jackson, near the Louisiana state line.

The National Weather Service said strong winds were sweeping through other parts of Mississippi, and a tornado was spotted north of Meridian near the Alabama state line.

Before the storms moved into Mississippi, the weather service reported multiple tornadoes and damaging winds over much of northern Louisiana. There were no immediate reports of serious injuries. Utility companies reported thousands of power outages. 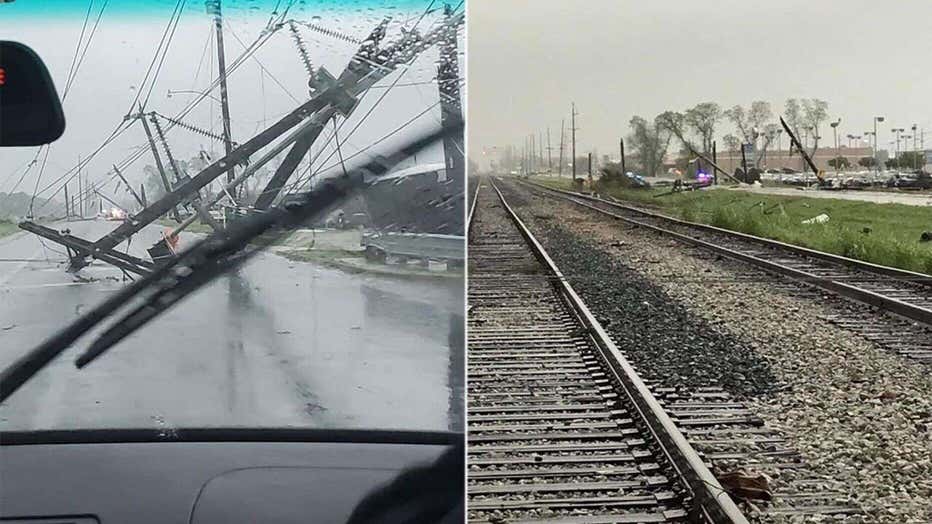 The city of Monroe, La. said on Twitter that there were "reports of damage in multiple neighborhoods" after a tornado hit. (City of Monroe)

The mayor of Monroe, Louisiana, Jamie Mayo, told KNOE-TV that the storm damaged 200-300 homes in and around the city. Flights were canceled at Monroe Regional Airport, where siding was ripped off buildings and debris was scattered on runways. Airport director Ron Phillips told the News-Star the storm caused up to $30 million in damage to planes inside a hangar.

In northwest Louisiana, officials reported damage to dozens of homes in DeSoto and Webster parishes, according to news outlets. 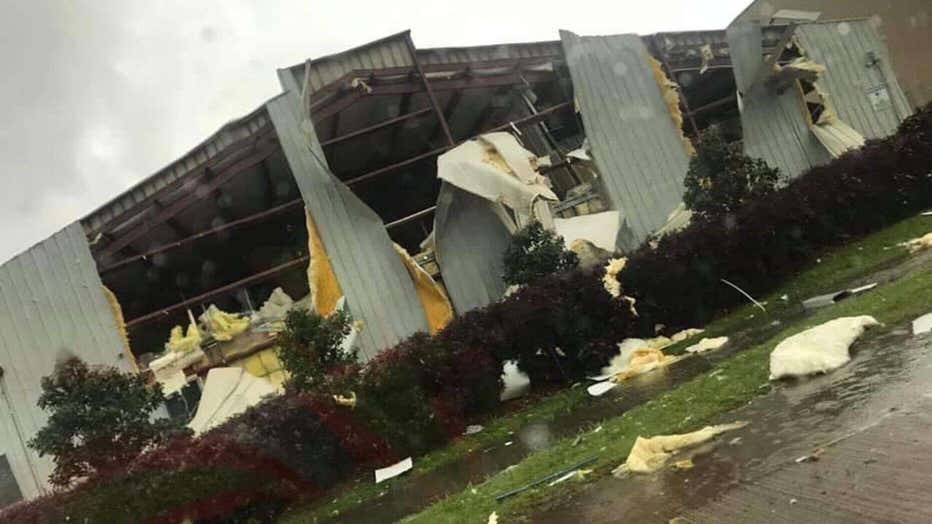 The city of Monroe, La. said on Twitter there were "reports of damage in multiple neighborhoods" after a tornado hit. (City of Monroe)

The weather service said a broader area, from east Texas to the East Coast was under at least a “marginal” risk of storms.