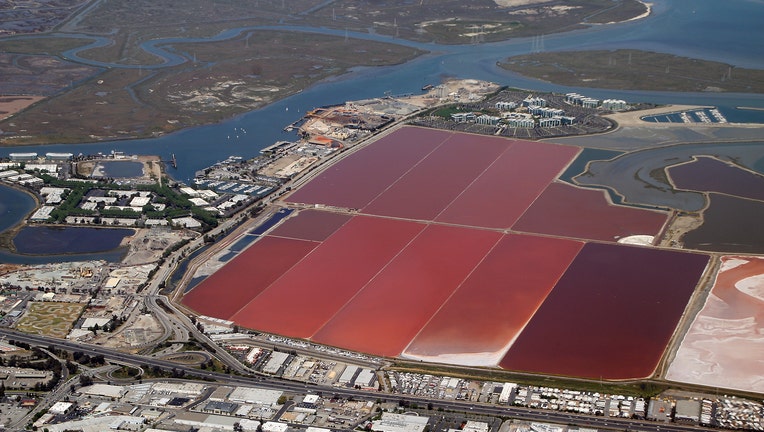 REDWOOD CITY, Calif. - Bay Area environmental groups are celebrating a decision by an affiliate of Cargill to withdraw its appeal of a federal judge's finding that Redwood City salt ponds are protected by the Clean Water Act.

While the withdrawal does not mean development is prohibited it does make it more difficult, as the federal act requires permits be issued before any dredging or filling of the salt ponds, a 1,365-acre area adjacent to the San Francisco Bay filled with tidal pools, marshland and commercial salt mining operations.

The decision to withdraw by Redwood City Plant Site, LLC, a Cargill affiliate, follows the decision by the federal Environmental Protection Agency to withdraw its appeal Feb. 26 in the weeks after the Biden administration took office.

The EPA's change of direction appears to be another instance of the new administration's different stance on environmental issues than that of the Trump administration. 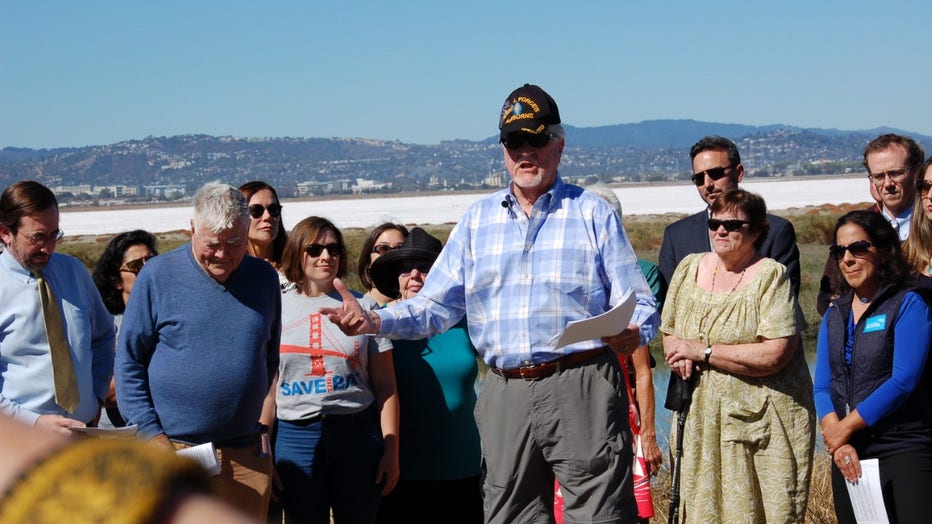 Attorney Joe Cotchett, wearing cap, and plaintiffs (Courtesy of Save The Bay).

In his October 2020 opinion, U.S. District Judge William Alsup determined that the EPA ignored its own interpretative regulations in 2019 and misinterpreted relevant case law when it decided the salt ponds were not part of the "waters of the United States."

The judge vacated the determination and sent the case back to EPA to reconsider under the correct standards.

The EPA and Cargill appealed the decision to the 9th Circuit Court of Appeals.

The EPA's 2019 determination was challenged by Xavier Becerra, attorney general of California, and a group of environmental organizations including Save the Bay, San Francisco Baykeeper, Green Foothills and Citizens Committee to Complete the Refuge.

Those groups celebrated the appeal withdrawals Tuesday and now hope the EPA drafts a new determination in line with the court ruling.

"After decades of denial, Cargill is finally acknowledging that these salt ponds are legally wetlands and waters of the United States," said David Lewis, executive director of Save The Bay. "Now it's urgent to protect them for people and wildlife forever, by adding them to the San Francisco Bay National Wildlife Refuge."

The Redwood City salt ponds are filled with levees and dikes constructed for use in salt mining operations. Salinized water fills a series of evaporation pools that result in salt deposits that are ultimately scraped out and sold commercially.

The dispute turned on whether the fact that the salt ponds were set off from the Bay itself by the development of a system of levees and dikes made them no longer part of the navigable waters of the Bay.

"The salt ponds here have not been dry and have had continuing connections to the Bay," Judge Alsup wrote. Based on that, the EPA was wrong to have determined they were not part of the navigable waters of the Bay.