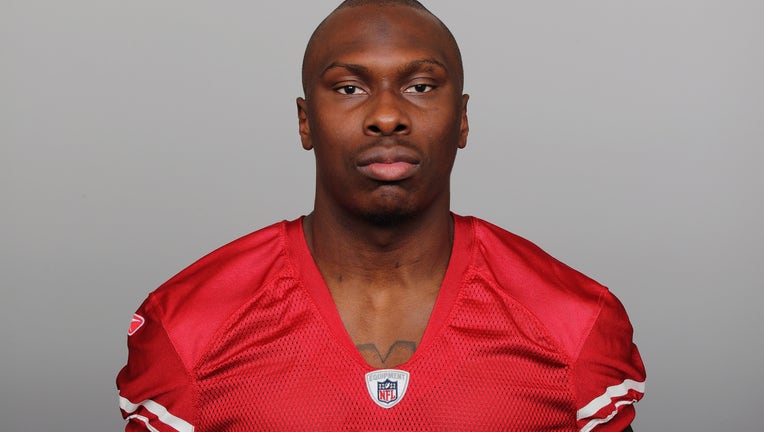 SAN FRANCISCO, CA - CIRCA 2011: In this handout image provided by the NFL, Phillip Adams of the San Francisco 49ers poses for his NFL headshot circa 2011 in San Francisco, California. (Photo by NFL via Getty Images)

COLUMBIA, S.C. - The brain of Phillip Adams — the former NFL player who killed a South Carolina physician, three family members and a repairman before fatally shooting himself — will be tested for a degenerative disease that has affected a number of pro athletes and has been shown to cause violent mood swings and other cognitive disorders, according to the local coroner.

York County Coroner Sabrina Gast said in a statement issued on Friday that she had gotten approval from Adams' family for the procedure to be included as part of his autopsy, which will be performed at the Medical University of South Carolina. The hospital will be working with Boston University, whose chronic traumatic encephalopathy center conducts research on the long-term effects of repetitive brain trauma in athletes and military personnel, according to its website.

According to police, Adams went to the home of Robert and Barbara Lesslie on Wednesday and shot and killed them, two of their grandchildren, 9-year-old Adah Lesslie and 5-year-old Noah Lesslie, and James Lewis, a 38-year-old air conditioning technician from Gaston who was doing work there. He also shot Lewis’ colleague, 38-year-old Robert Shook, of Cherryville, North Carolina, who was flown to a Charlotte hospital, where he was in critical condition "fighting hard for his life," said a cousin, Heather Smith Thompson. 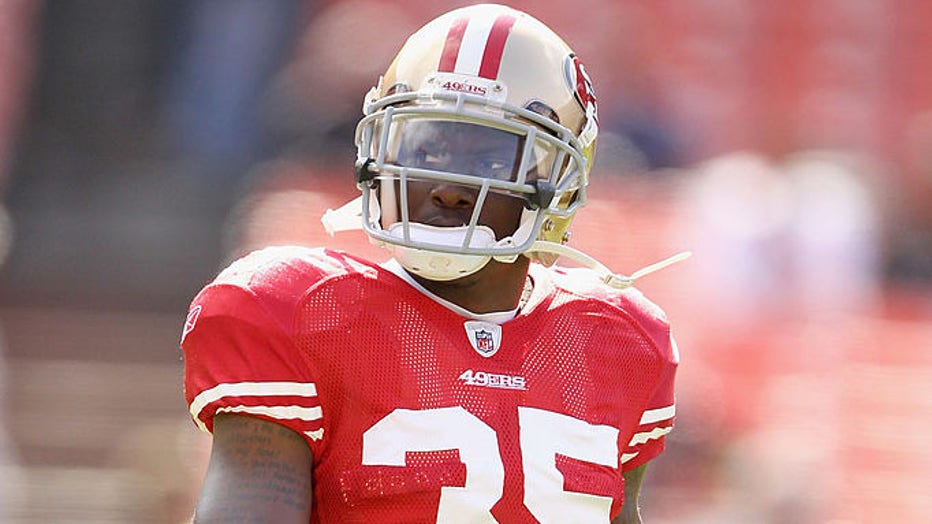 FILE - Phillip Adams #35 of the San Francisco 49ers warms up before their game against the Oakland Raiders at Candlestick Park on August 20, 2011 in San Francisco, California. (Photo by Ezra Shaw/Getty Images)

Tolson said evidence left at the shooting scene led investigators to Adams as a suspect. He said they went to Adams’ parents’ home, evacuated them and then tried to persuade Adams to come out. Eventually, they found him dead of a single gunshot wound to the head in a bedroom, he said.

A person briefed on the investigation who spoke to The Associated Press on the condition of anonymity because he wasn’t authorized to speak publicly said Robert Lesslie had treated Adams, who lived with his parents not far from the Lesslies’ home.

Tolson would not confirm that Adams had been the doctor’s patient.

It will be months before results are available from the tests for chronic traumatic encephalopathy, or CTE, which can only be diagnosed in an autopsy. The disorder has been found in former members of the military, football players and boxers and others who have been subjected to repeated head trauma. A recent study found signs of the disease in 110 of 111 NFL players whose brains were inspected.

Several years ago, the league agreed to pay $1 billion to retired players who claimed it misled them about the dangers of playing football.

Adams, 32, played in 78 NFL games over six seasons for six teams. He joined the 49ers in 2010 as a seventh-round draft pick out of South Carolina State, and though he rarely started, he went on to play for New England, Seattle, Oakland and the New York Jets before finishing his career with the Atlanta Falcons in 2015.

As a rookie late in the 2010 season, Adams suffered a severe ankle injury, resulting in surgery that included several screws being inserted into his leg. He never played for the 49ers again, released just before the 2011 season began. Later, with the Raiders, he had two concussions over three games in 2012.

Whether he suffered long-lasting concussion-related injuries wasn’t immediately clear. Adams wouldn’t have been eligible for testing as part of a broad settlement between the league and its former players over such injuries, because he hadn’t retired by 2014.

Adams’ father told a Charlotte television station that he blamed football for problems his son had, and which might have led him to commit Wednesday’s violence.

"I can say he’s a good kid — he was a good kid, and I think the football messed him up," Alonzo Adams told WCNC-TV. "He didn’t talk much and he didn’t bother nobody."

In a statement to McClatchy Newspapers, Adams' parents and siblings sent their condolences to the Lesslie, Lewis and Shook families, saying, "The Phillip we know is not a man that is capable of the atrocities he committed on Wednesday."

The relatives went on to say that they didn't know "if football played a role" in the violence, but "we do know there has to be some catalyst."

Gerald Dixon, a former NFL linebacker who retired in 2001, said that, when he coached Adams in high school, the young player was a team leader, yet also mild-mannered and humble.

Dixon added that he had spoken to Adams a few months ago, and had noticed no signs of depression or other mental health issues. "Anytime I talked to him, he was always happy and just reminiscing about old things," he said.

Dixon acknowledged that the repeated hits to the head sustained in the game could have affected Adams, as they have negatively affected many of the other NFL players Dixon has known who were later diagnosed with CTE.

"You never know what’s going on in a person’s mind after they’ve went through these concussions," Dixon said.

Agent Scott Casterline told The Associated Press that Adams did not participate in the physical and mental health programs that are easily accessible for ex-players.

"We encouraged him to explore all of his disability options and he wouldn’t do it," Casterline said, noting that Adams’ career was undercut by the 2010 ankle injury. "I knew he was hurting and missing football but he wouldn’t take health tips offered to him. He said he would, but he wouldn’t."