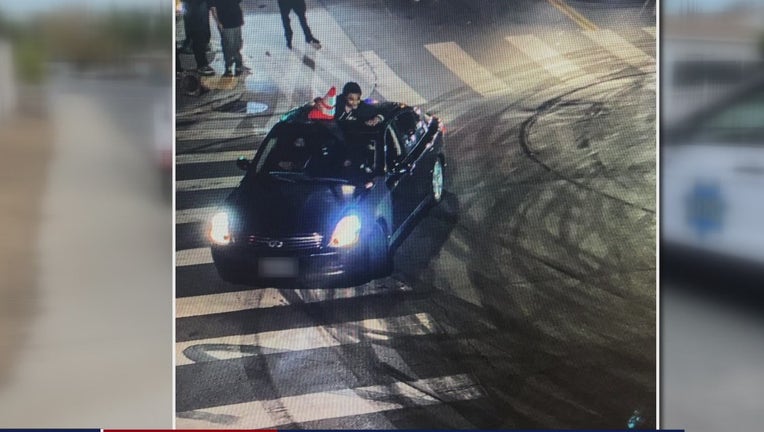 SACRAMENTO, Calif. - Heather Dubinetskiy got a call mid-September that no mother ever wants to receive.

Her son was at a sideshow when was struck by a car doing a donut and left with a traumatic brain injury and a shattered pelvis.

"He's got multiple injuries and we don't know what the outcome will be," the Carmichael, Calif. resident said Tuesday at a news conference. "He could be brain dead. It was a really hard time for my family, for me and my husband. But thankfully, he's alive only by the power of prayers. I don't want his accident to go in vain."

Dubitnetskiy was one of several relatives to speak in Sacramento, along with state Assemblyman Vince Fong of Kern County, the California Highway Patrol and others about the dangers of street racing.

"There's not a weekend that goes by where there's not street racing," said Assemblyman Vince Fong of Kern County who authored AB 3, which aims to curb illegal street racing by placing limitations on what’s called "exhibition of speed." That includes burning out tires, revving engines, performing stunts and other activity that ultimately leads to racing.

"Each week we read new headlines highlighting sideshows and each one deals a devastating blow to families and communities like the most recent one near USC, where a student died crossing a crosswalk," he said.

In 2020, the California Highway Patrol responded to more than 25,000 calls involving illegal street racing activity statewide, an increase of more than 3,500 calls from the year before. She said that since 2015, these "illegal and unsafe activities" have nearly quadrupled throughout the state. Additionally, she said that over a five-year period, these illegal activities have resulted in 264 crashes statewide and of those, 30 have resulted in death and an additional 124have resulted in serious injuries.

"Our freeways, our roadways and bridges have been shut down by persons engaged in illegal street racing exhibition of speed and sideshows," she said. "We can and we all must do better to eradicate the injuries and the deaths, particularly when we know that these are preventable and that they're caused by unsafe driving behavior."

Other families shared their grief, too.

Lori Argumedo's 23-year-old niece, Bethany Hogan, was killed on May 11, 2019 in a street racing contest on a residential street. The car that hit Bethany was going over 80 mph, and she was hit so hard, every bone in her body was crushed.

Her brother, Emillio, was also struck and half of his skull was removed and his teeth were knocked out.

"A piece of me died that day," Argumedo said. "This is the reality of what happens when you drive recklessly on streets. Innocent people are killed or badly injured. Bethany has an adorable little girl who still wonders why her mommy is never coming home. Families like mine will never have families like mine. We will never will forever be haunted by the phone call we received on Mother's Day."

Arguedo, who is now the spokeswoman for the nonprofit Street Racing Kills, said that there are safe and legal environments where you can race.

"Take it to the track where you do not have to worry about killing innocent people," she said.