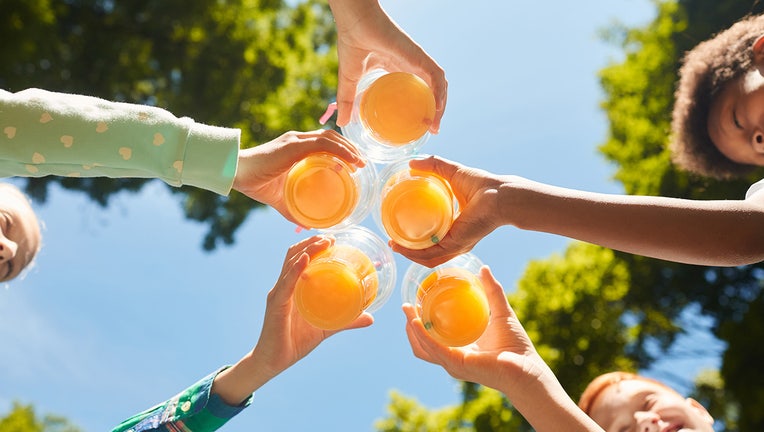 In an effort to reduce children’s exposure to lead, the U.S. Food and Drug Administration issued draft action levels for lead in ready to drink (single-strength) apple juice and other ready-to-drink juices and juice blends.

"Exposure of our most vulnerable populations, especially children, to elevated levels of toxic elements from foods is unacceptable," FDA Commissioner Robert M. Califf, M.D. said in a news release provided by the health agency.

Califf also stated, "This action to limit lead in juice represents an important step forward in advancing FDA’s Closer to Zero action plan, which we are confident will have a lasting public health impact on current and future generations."

The Closer to Zero action plan is the agency’s effort to reduce exposure to toxic chemicals including lead, arsenic, cadmium, and mercury from foods by setting action levels, the report stated. According to Wednesday’s release, the draft guidance provided recommended limits of lead in juice that are attainable by industry and lowered as appropriate.

The agency said establishing a 10 ppb action level could reduce exposure to lead from apple juice in children by almost 46%. Establishing an action level of 20ppb in all other fruit and vegetable juices, could result in a 19% reduction in lead exposure, the FDA estimated in the release. The agency relied on the FDA’s interim reference level (IRL) for lead which is a measure of the contribution of lead in food to blood lead levels, to help establish their draft action levels for juice, the release said.

The reason the FDA issued a lower action level for apple juice was that it is the most commonly consumed juice by young children, the release noted.

"As we outlined in the Closer to Zero action plan, the agency is increasing targeted compliance activities as part of our efforts to monitor levels of these elements in foods through the FDA’s Total Diet Study, Toxic Elements in Food and Foodware program and sampling assignments," Susan Mayne, Ph.D., director of the FDA’s Center for Food Safety and Applied Nutrition said in the release.

Mayne said that as science advances so will their work in food safety. "For example, action levels may be progressively lowered over time, as appropriate, to make continual improvements in reducing the levels of lead, arsenic, cadmium and mercury in foods eaten by babies and young children," Mayne explained in the release.

According to the FDA release, lead is a naturally occurring element that is in the environment and comes from consumer and industrial products and processes, so it is not possible to remove it entirely from the food supply.

Lead exposure is toxic to humans and has been linked to health development issues in children, specifically to a child’s brain and nervous system, according to the agency report. Lead is especially harmful to infants, young children, pregnant women and their fetuses, as well as others with chronic health conditions, the report said. The FDA stated in its report, that "neurological effects of lead exposure during early childhood include learning disabilities, behavior difficulties, and lowered IQ. Lead exposures also may be associated with immunological, cardiovascular, renal, and reproductive and/or developmental effects." The agency report also stated that lead has the ability to accumulate in the body, so chronic low-level exposure can be detrimental to one’s health over time. The agency hopes the action levels recommended in the draft guidance document will help limit consumer exposure.

The FDA recommended that parents also follow the Dietary Guidelines for Americans, which recommends limiting juice consumption for children. Reducing juice intake will help reduce potential exposure to lead from juice, the agency noted in the release. The Dietary Guidelines also recommend that children get at least half of their fruit requirements each day from whole fruit rather than juice. The guidelines also said that children under 12 months of age should avoid juice completely.