The California Department of Fish and Wildlife is concerned about whales getting tangled in fishing nets.

The department says they are working with the commercial Dungeness crab industry to create new regulations to protect whales from entanglements.

The department's director will reassess that entanglement risk in mid November. If all goes well, the season would open Tuesday, December 1.

The season was initially scheduled to open November 15. 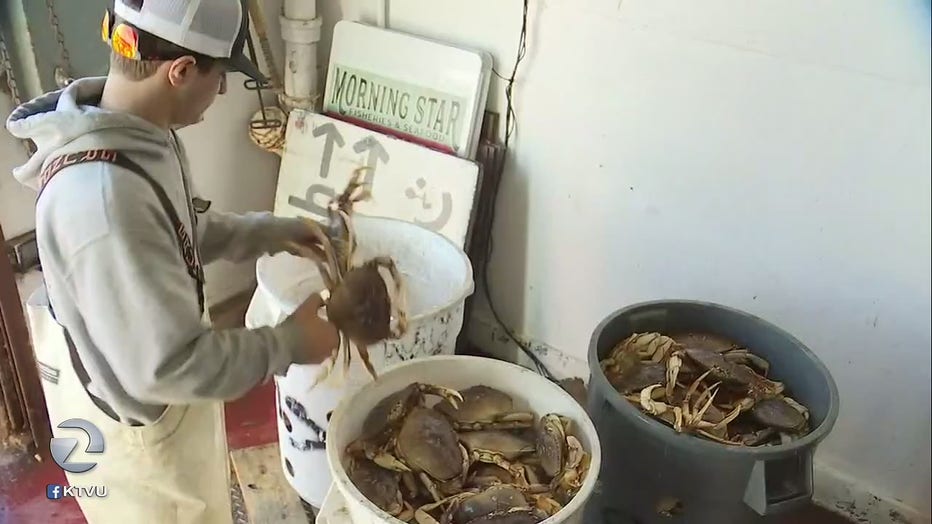 It comes a month late because of concerns about whales getting tangled in fishing gear, but commercial crab season is underway.

Many households in the Bay Area count on having the delicacy on their Thanksgiving plate, but this year that may not be the case.

“While no one wants to delay the season, CDFW and the Working Group feel a delay is necessary to reduce the risk of entanglement,” said CDFW Director Charlton H. Bonham. “The fleet has gone to great lengths to be more nimble in order to protect whales and turtles, and the results are promising."

Ryan Bartling, with the CDFW Marine Region, says it's possible a changing weather pattern could be beneficial to crab fisherman and that winds from storms and swells could affect the whale forage in offshore areas. If those conditions do come, that could help.

It's already been a tough year for San Francisco's fishermen who suffered a devastating fire back in May at Pier 45, where they stored their gear.

CDFW officials did note that this year, for the first time in a long time there are no worries of domoic acid, a neurotoxin found in shellfish that makes them dangerous to eat.

The neurotoxin caused crab season to be delayed into the spring months one recent year.