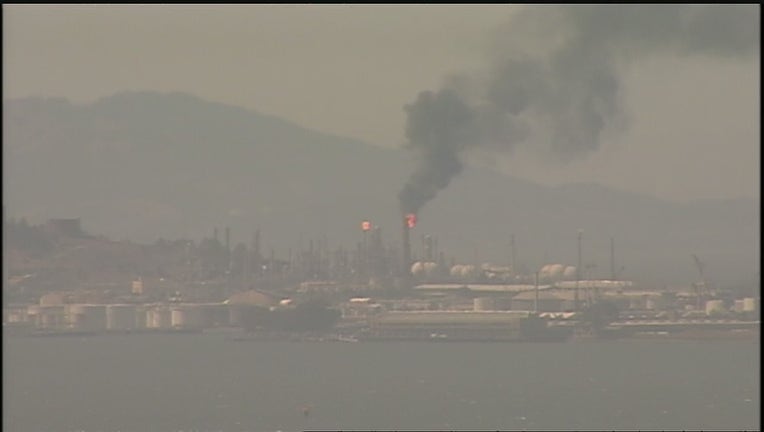 RICHMOND, Calif. - Flaring was reported Monday night at the Chevron Richmond refinery. The city's Office of Emergency Services said the level 1 alert needed no action from the public and that there were no offsite impacts.

The flaring was reported at around 9:09 p.m.

Residents are aware of this common occurrence, often times reporting seeing the plumes of thick black smoke from the flaring along Interstate 580 just north of the Point Richmond area.

As we've reported before, level 1 incidents have included the release of toxic sulfur dioxide. Even short amounts of exposure can harm respiratory systems and make breathing difficult, according to the U.S. Environmental Protection Agency.

The refinery has routinely responded in the past that flaring is designed to relieve pressure to help keep equipment and their plants running safely.

The company has its own real-time air quality data available here.