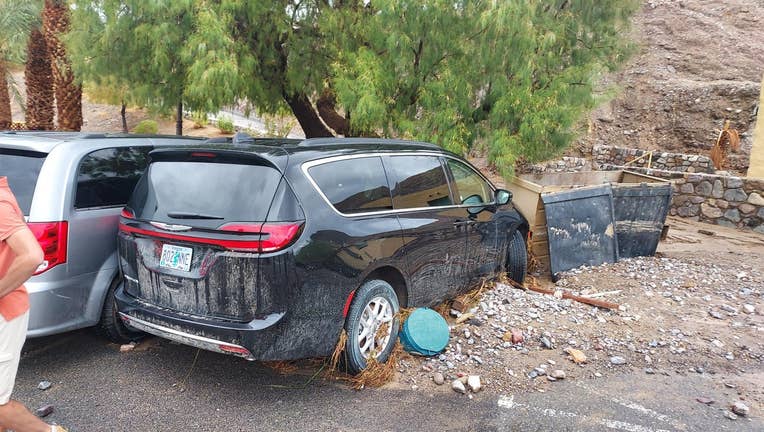 DEATH VALLEY, Calif. - All roads in and out of Death Valley National Park are closed due to substantial flooding on Friday, National Parks Service says.

Park officials said as many as 500 visitors and staff are currently unable to exit the park. Roads have become impassable. Officials are assessing the extent of the damage from the flash floods.

Video and images taken from the scene show vehicles in mud-filled parking lots, tires covered in debris from the floodwaters that aggressively flowed through the area. As many as 60 vehicles are buried in several feet of debris at the Inn at Death Valley, officials said.

California Department of Transportation said it could take several hours into the early morning hours of Saturday to reopen Highway 190 at the park's east end to allow for an exit.

According to a parks service press release the floodwaters pushed dumpster containers into parked cars, causing the vehicles to collide into one another.

Hotel rooms, offices and business are also flooded. Officials said the Cow Creek water system has failed. The creek provides water in the area. A break in the line is undergoing repairs. The entire line is being inspected.

According to the NPS Death Valley website, the Furnace Creek Visitor's Center's phones are not working. The center is closed.

Officials said the 1.7 inches of rain at Furnace Creek make up nearly an entire year's worth of rain in one morning. Average annual rainfall for the park is 1.9 inches. Further rain is not expected in the forecast until later in the week. Officials say the ground is saturated.

State and county emergency services are also keeping an eye on the situation and assessing damages.

Park officials have been posting alarming images of the situation on their social media pages since Monday. They advised visitors to use extreme caution on roadways and if they saw debris or flowing water to "turn around, don't drown."

For updates on alerts and conditions in the park, visit nps.gov/deva

An incredible amount of rain flooded Death Valley National Park, closing roads in and out of the park and stranding as many as 500 visitors and staff. 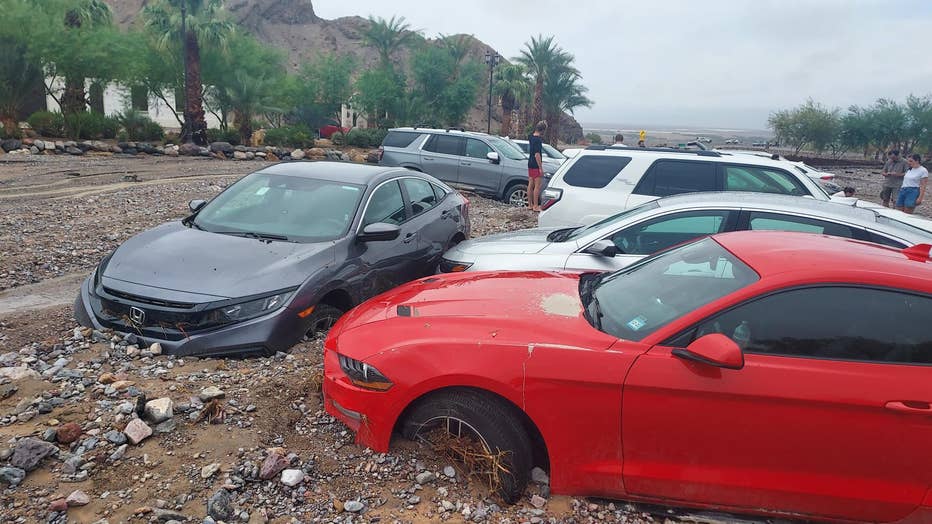 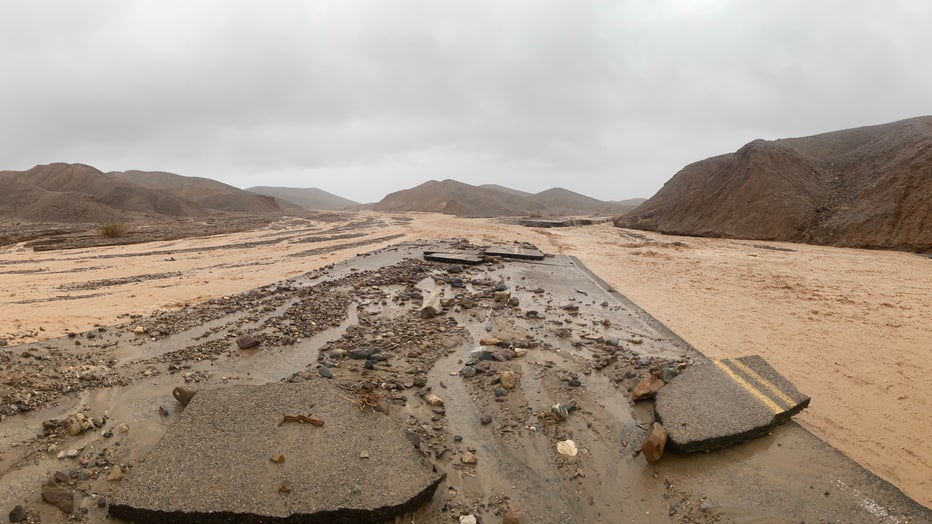 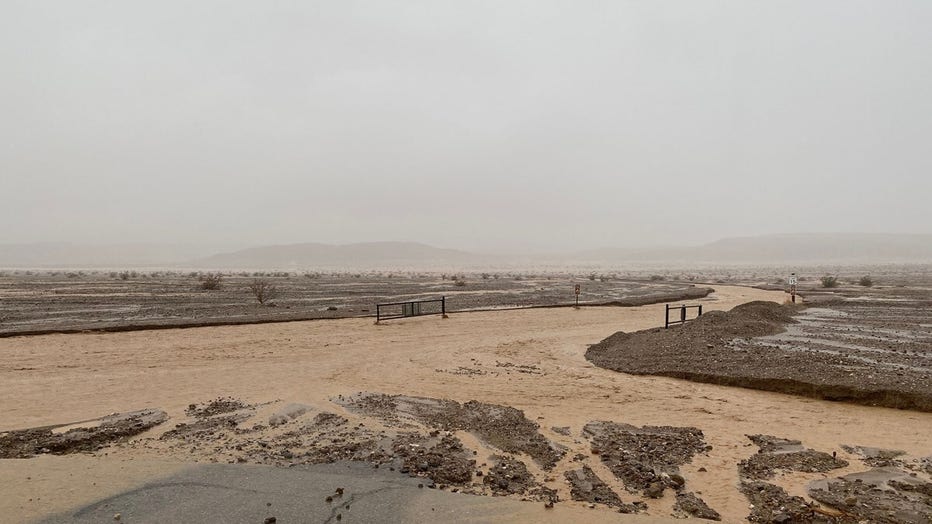