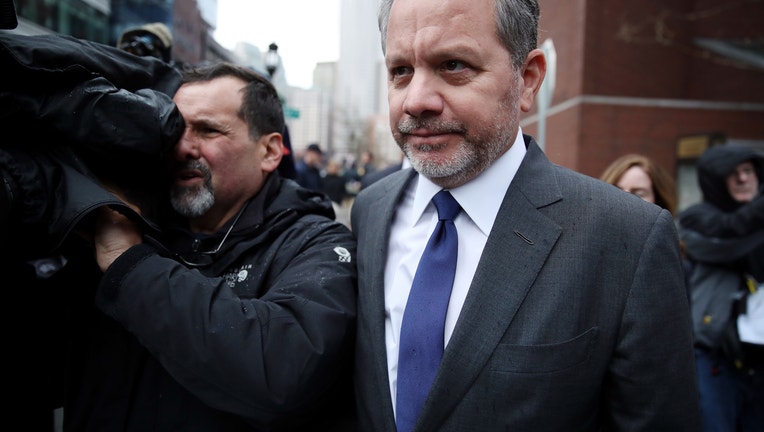 BOSTON - A former private equity executive who cofounded an investment firm with U2′s Bono pleaded guilty Wednesday to paying $50,000 to have someone secretly correct his son's ACT answers as part of the college admissions bribery scheme.

William McGlashan pleaded guilty to a count of wire fraud and honest services wire fraud before a Boston federal court judge in a hearing held via videoconference.

U.S. District Judge Nathaniel Gorton said he would accept or reject the plea deal, which calls for McGlashan to serve three months behind bars, after considering the presentencing report, a document that contains background on defendants and helps guide sentencing decisions.

McGlashan is the 30th parent to plead guilty in the case that embroiled top universities across the country. Investigators uncovered a scheme in which wealthy parents paid big money to get their kids into elite schools with fake athletic credentials or rigged exam scores.

McGlashan's attorneys declined to comment on Wednesday. The former managing partner at TPG Capital cofounded an investment fund with U2 singer Bono in 2017.

Under McGlashan's unique plea deal, he would have the chance to withdraw his guilty plea if he prevails on an appeal of a judge's ruling rejecting a motion to dismiss. He has also agreed to complete 250 hours of community service and pay a $250,000 fine.

Prosecutors agreed to drop three of the four charges he was facing, including accusations that McGlashan paid $250,000 to try to get his son into the University of Southern California as a football recruit.

McGlashan had fiercely denied those accusations and said he told Singer he didn’t want to participate in the so-called "side door" scheme. McGlashan’s lawyers have said in court documents that his son applied as a legitimate candidate and withdrew his application before he was even admitted.

McGlashan is scheduled to be sentenced in May.