Attorneys delivered opening statements on Wednesday in the trial of former Theranos CEO Elizabeth Holmes. She faces multiple charges for allegedly defrauding investors and patients in her now-defunct blood-testing company.

SAN JOSE - Elizabeth Holmes either conned investors out of hundreds of millions of dollars, knowing her biotech startup Theranos wasn’t performing as she claimed, or was a passionate CEO who sought to disrupt the blood-testing industry, but failed through a series of mistakes in the challenging Silicon Valley corporate landscape.

Those were the competing narratives outlined by prosecutors and Holmes’ defense attorneys during opening statements Wednesday in a fraud trial that has gained international attention and been the subject of books, documentaries and podcasts.

The overflow crowd lined up outside the federal courthouse in San Jose, many hoping to snag a coveted seat to watch the saga unfold almost three years after the feds hit Holmes with 10 counts of fraud and two counts of conspiracy.

They’ve accused her of bilking investors and patients who used her blood testing technology that claimed to conduct hundreds of complex tests with only a few drops of blood. 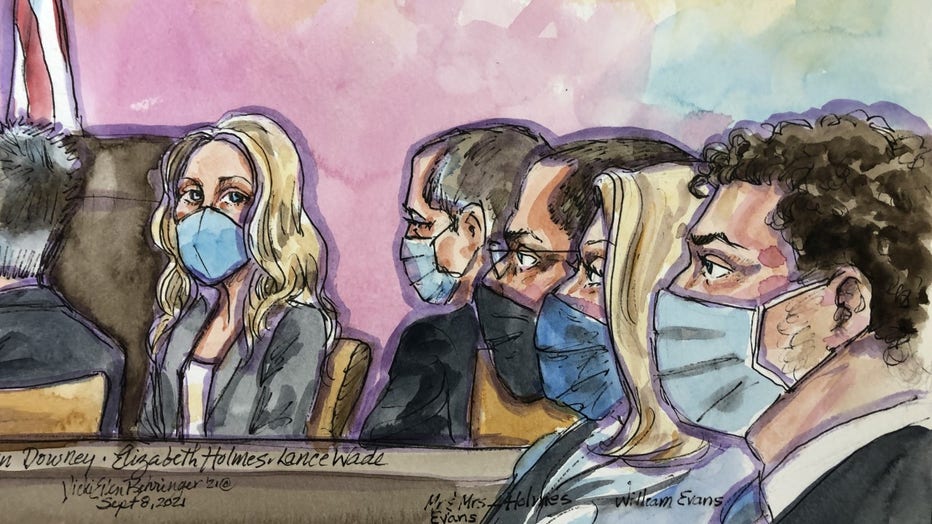 Elizabeth Holmes, the former CEO of Theranos, is seen on the left in this sketch of opening arguments in her federal trial in San Jose. Picture by Vicki Behringer.

Assistant United State’s Attorney Robert Leach began with a scathing picture of the 37-year-old defendant, alleging she misled investors beginning in 2009 when she was strapped for cash.

"She was out of time and out of money," he said.

Leach added that Holmes distorted her company’s’ performance to would be backers, claiming her miniature blood analyzer was being used by the military and was supported by pharmaceutical companies.

She secured contracts with Walgreens and Safeway, rolling out testing despite only being able to conduct 12 tests with the blood analyzer that was the centerpiece of her company.

While being told the product was not ready to launch by scientists in her lab, Holmes pressed on, conducting tests though traditional methods, and using non-proprietary testing equipment that often came back with faulty results, Leach said.

At the same time, Theranos began to self-destruct from the inside. Whistle blowers contacted the Wall Street Journal in 2015, exposing the trouble inside the company that included infighting with lab directors and Theranos President, "Sunny" Blawani, Holmes’ No. 2 and boyfriend at the time.

"This is a case about fraud about lying and cheating to get money," Leach said. "It’s a crime on Main Street and it’s a crime in Silicon Valley."

The government said it will call former Theranos lab directors, investors, patients and doctors to testify, some who warned Homes about her technology’s poor performance. 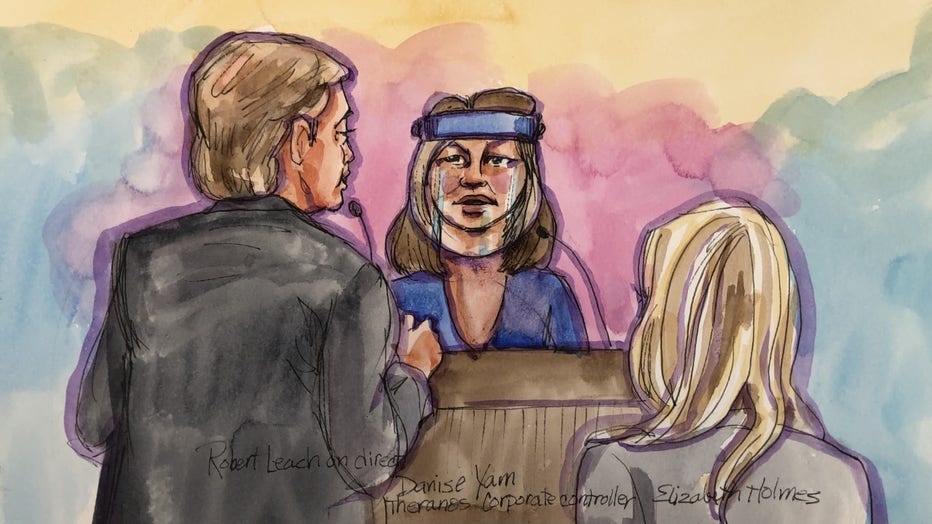 Attorney’s for Holmes disputed every claim laid out by the government, telling a story of an ambitious entrepreneur who faced challenges like so many others but who failed in the end and walked away with nothing.

"Elizabeth Holmes did not go to work every day intending to lie and cheat and steal," attorney Lance Wade said. "Elizabeth Holmes worked herself to the bone for 15 years, trying to make blood testing cheaper and more accessible. She poured her heart and soul into that effort and in the end that failed."

Wade pointed to Holmes’ family in the front row of the gallery, including her baby she gave birth to after being charged by the feds in 2018.

At the heart of her defense is a claim that Holmes failed at her life’s ambition rather than intended to defraud investors.

What’s more, Holmes’ defense team stressed that her investors – some who put in more than $100 million -- were sophisticated and knew the risks of investing in a startup company that had yet to secure FDA approval.

Wade at the same time, conceded there were problems with Theranos’ clinical lab and procedures were not followed, but Holmes was not closely involved with the lab and trusted medical doctors and Balwani to handle the work.

Sure there were inaccurate test results, but those are generated everyday in labs across the country, Wade said. 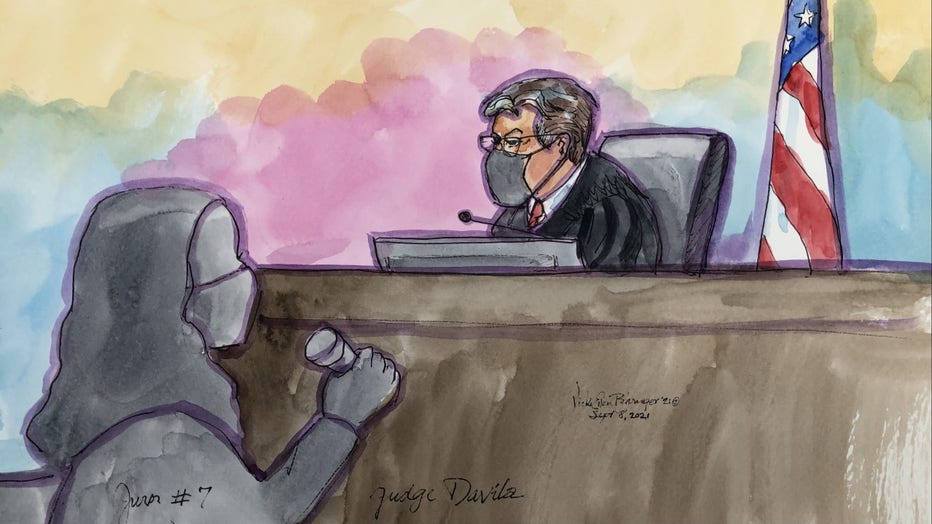 Attorneys for Holmes suggested she may attempt to blame Balwani, claiming abuse during the period of alleged fraud. But during opening statements, Wade simply said "there was a side to the relationship people never saw."

Holmes' attorneys are likely waiting to see how the case plays out before launching any abuse allegations, legal experts said.

If that happens, Holmes will likely have to take the witness stand in her own defense.

"Will she have to testify? KTVU legal analyst Michael Cardoza said. "Good trial lawyers don't make that decision until the entire case is in."