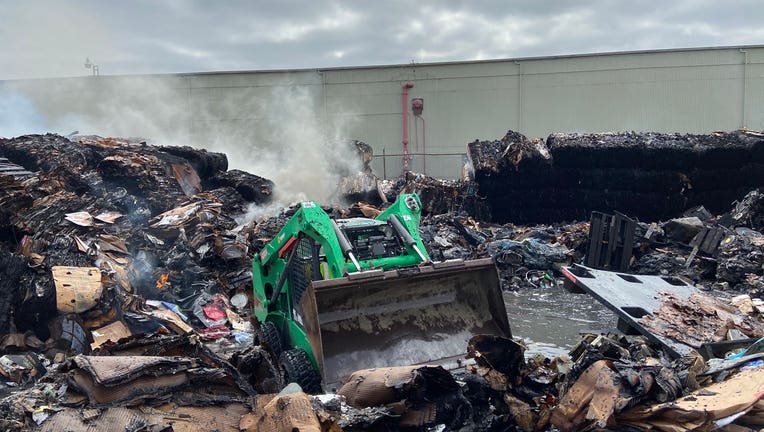 OAKLAND, Calif. - A two-alarm fire Friday night by Worldwide Green Resource, a recycler, at 9315 San Leandro St., originated at a homeless camp along the railroad tracks, with the cause still undetermined, Oakland fire officials said.

The fire was reported at 9:16 p.m. at 9315 San Leandro St. and was contained in about an hour as some 35 personnel prevented its spread to surrounding properties, officials said.

No other structures were damaged, and no one was injured, fire department Chief of Staff Michael Hunt said.