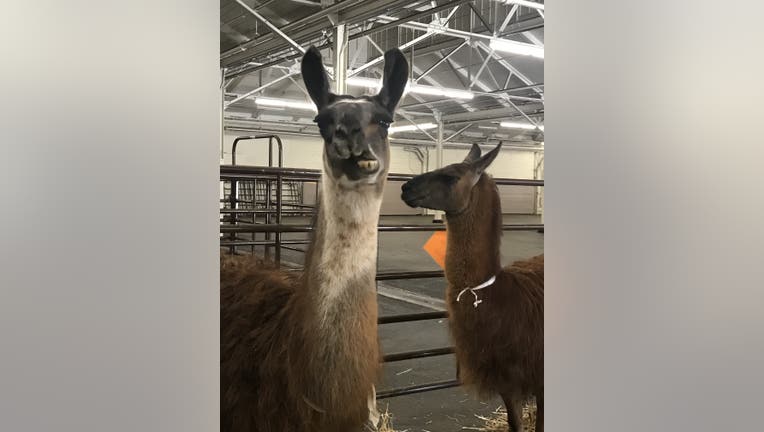 DALY CITY, Calif. - From chickens to donkeys to rabbits, cats, dogs and even llamas, organizations and individuals are offering free shelter to animals displaced by fires raging in the Bay Area.

In a move likened to Noah's Ark, Daly City's Cow Palace Arena and Event Center is housing animals. Shelters and humane societies including the Santa Cruz County Animal Shelter and the Peninsula Humane Society are also temporarily housing pets, as are private individuals.

"Horses and livestock displaced by the CZU Lightning Complex wildfire are being housed at the Cow Palace as of Friday," said Buffy Martin Tarbox of the Peninsula Humane Society, which is working with the San Mateo County Large Animal Evacuation Group on the arrangement. 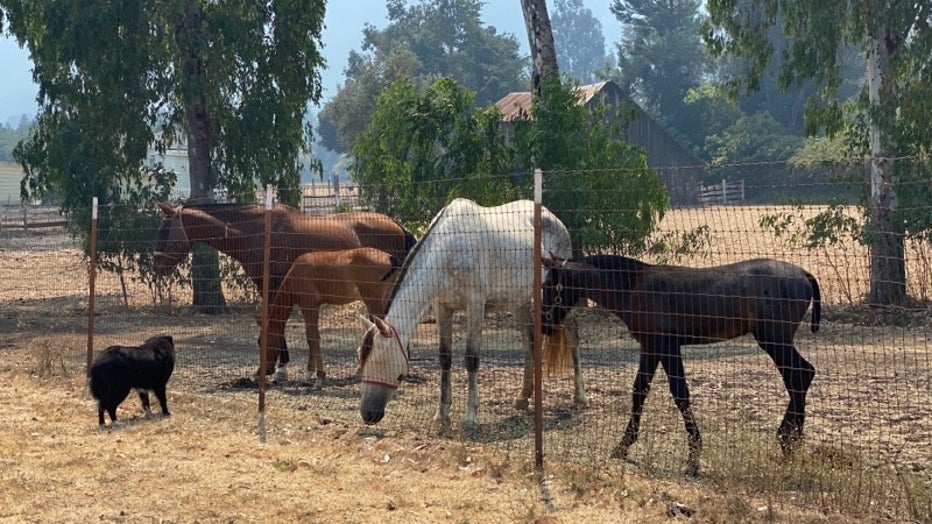 Beth Killough of Morgan Hill is temporarily housing 40 horses whose owners were forced to flee their homes in the fires. (Photo courtesy of Beth Killough)

An estimated 77,000 residents of the area have been evacuated due to the fires, and as they scramble for housing, their pets and livestock are temporarily homeless as well.

So far, 50 goats, at least one donkey, one horse and a number of llamas displaced by the CZU Lightning Complex are staying at the Cow Palace as of Saturday morning, Tarbox said.

"The Cow Palace is set up perfectly to handle this disaster," said San Mateo County Supervisor David Canepa. "It's like Noah's Ark for these lost animals who will one day hopefully be reunited with their owners." 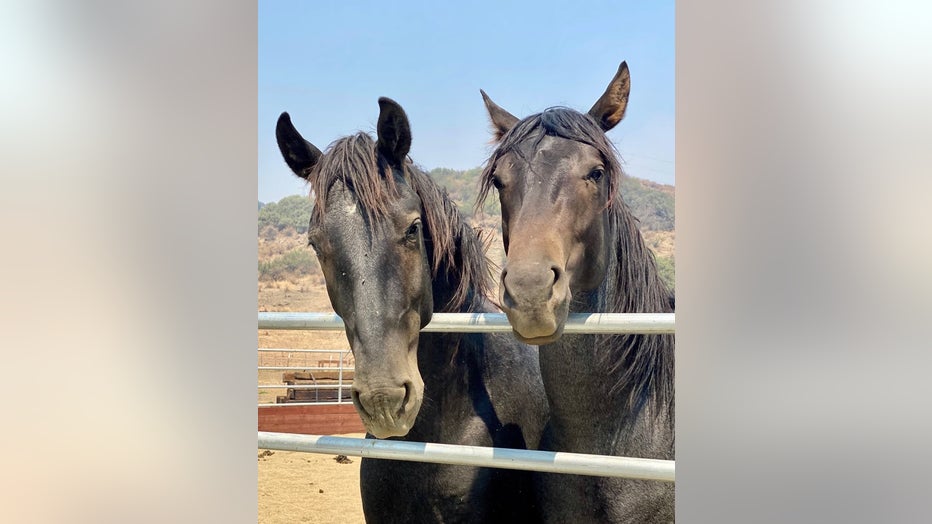 Beth Killough of Morgan Hill is temporarily housing 40 horses whose owners were forced to flee their homes in the fires. (Photo courtesy of Beth Killough)

The all-volunteer evacuation group provides qualified large animal handlers and horse trailers in emergency situations and evacuates large animals in emergencies. The group works with the San Mateo Office of Emergency Services and other emergency agencies.

The Santa Cruz County Animal Shelter in Santa Cruz is also helping care for the pets of wildfire evacuees for free.

Evacuees who can't care for their animals during the crisis can drop them off at the shelter at 1001 Rodriguez St. in Santa Cruz between 10 a.m. and 6 p.m. People can also call (831) 471-1182 for any emergency animal services.

While the service is available, if possible, shelter officials are asking that people try to place their pets with family, friends, local veterinarians or pet boarding facilities before bringing them to the Santa Cruz location, since space is limited. 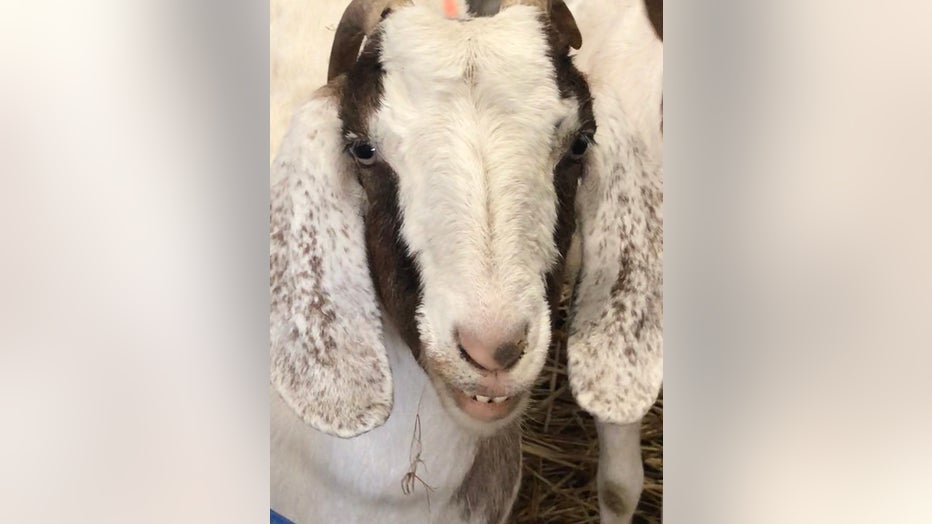 "We are reaching capacity, but we also have our Watsonville shelter that we can open if need be," said spokeswoman Erika Anderson. "Right now we have hundreds of chickens here."

The Peninsula Humane Society has two evacuation centers for pet owners, one at Half Moon Bay High School at 1 Lewis Foster Drive in Half Moon Bay and one at the San Mateo County Event Center, 1346 Saratoga Drive in San Mateo.

Private individuals all over the Bay Area are volunteering to help evacuees with their pets and livestock. Ranch owner Beth Killough of Morgan Hill is temporarily housing 40 horses whose owners were forced to flee their homes in the fires. 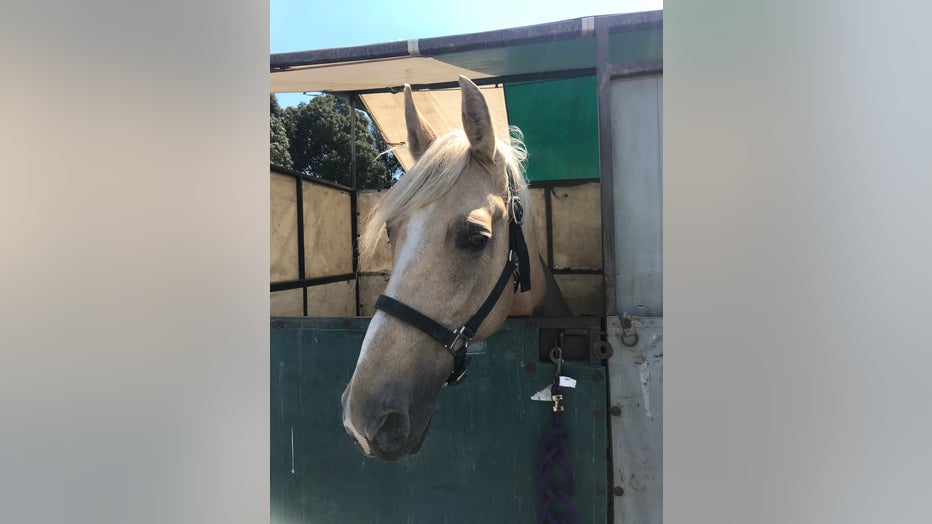 The horse community is "very connected," Killough said, so the word got out quickly via social media that evacuees in her area could house their horses to Killough's ranch.

"When people need help, the word spreads faster than the fires," Killough added. "It's not easy to take care of large animals, so we all help each other."