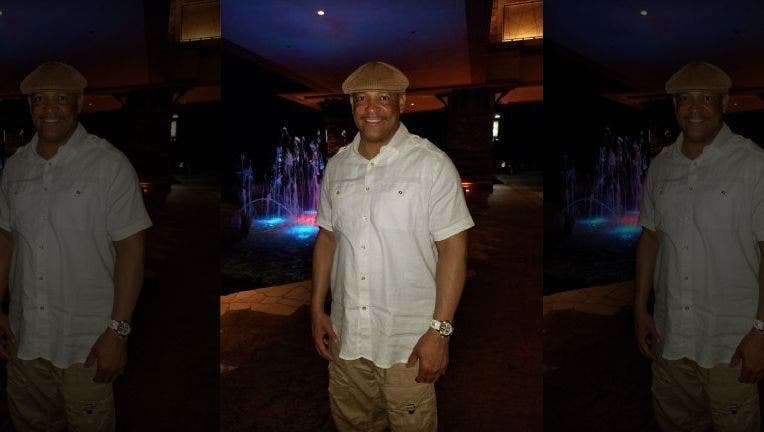 OAKLAND, Calif. - A fundraiser has been started for two federal officers who were shot - one fatally - while guarding the Ronald V. Dellums Federal Building in Oakland.

Dave Patrick Underwood, 53, died during the Friday night shooting, and another officer suffered multiple injuries and is in serious condition, according to colleague Jennifer Tong, who started the GoFundMe.  As of Tuesday, she had raised $30,000.

"In order to support our brothers in arms and their families, we are asking for anyone to help support these families by donating whatever they can to this cause," she wrote.

On Facebook, a friend of Underwood shared a photo of the Pinole Valley High School baseball team, on which he played. Underwood graduated from the high school in 1985.

Both were working, providing security at the U.S. courthouse in Oakland, near a George Floyd protest, one of many around the country.

There is no evidence at this point that the shooting was related to the protest, though it happened nearby.

About 9:45 p.m. Friday, a white van pulled up outside the federal building on Clay Street. Someone opened fire at Underwood and his colleague, both are contract security officers who worked for Homeland Security’s Federal Protective Service.

The officers protect federal courthouses as part of their regular duties. DHS officials said they were monitoring the Oakland protest over the police killing of George Floyd in Minnesota.

“When someone targets a police officer or a police station with an intention to do harm and intimidate — that is an act of domestic terrorism,” Department of Homeland Security Acting Deputy Secretary Ken Cuccinelli said at a Washington, D.C., news conference on Saturday.

A suspect has yet to be named.

The federal building’s glass doors were smashed and the front entrance was sprayed with anti-police graffiti.

“We have to know right from wrong and not use the terrible tragedy in Minneapolis to perpetrate more violence.” she said “There’s never an excuse to shoot and kill a security guard, destroy businesses or injure innocent people.”

Anyone with information is asked to report it to the FBI by going to tips.fbi.gov. Anyone interested in donating can click here.