In newly released bodycam footage, Gabby Petito tells an officer that her fiance hit her.

MOAB, Utah - An outside investigation into the Aug. 12 domestic violence incident between Gabby Petito and Brian Laundrie in Moab, Utah, found "unintentional mistakes" – and issued a number of recommendations on how the department should move forward.

The domestic violence call, first reported by Fox News Digital, included allegations that Laundrie slapped and hit Petito, but both of them denied that version of events to responding officers. Police ultimately split them up for the night and let them go.

"I am confident and comfortable in stating the mistakes that were made were not made intentionally," Price Police Capt. Brandon Ratcliffe wrote in the highly anticipated report on his months-long investigation into Moab police’s handling of the call. 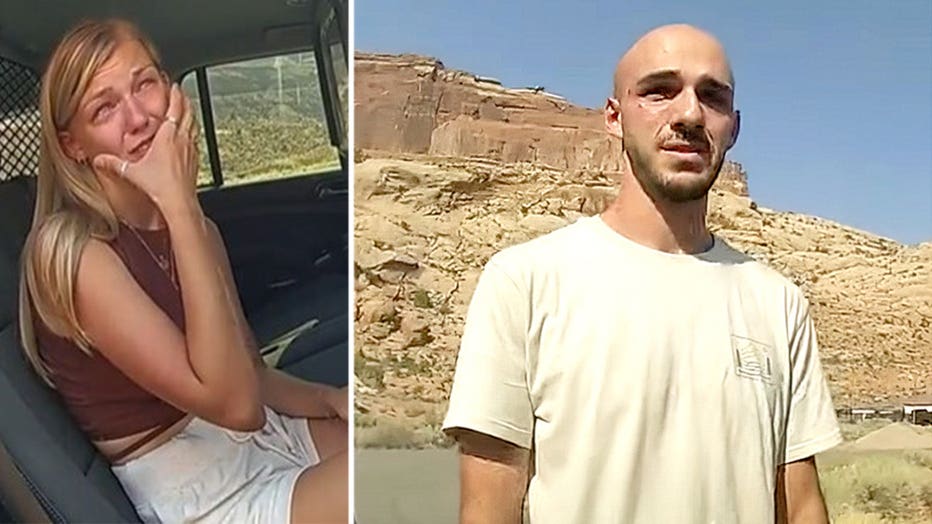 Ratcliffe called for a follow-up interview with a redacted witness in the case.

He also said Officer Robbins, who was undergoing field training alongside Pratt at the time of the call, should have his training reviewed and possibly undergo additional time.

He recommended "at least eight hours" of both report writing and domestic violence investigation training for the officers, in addition to legal training "to ensure officers understand Utah State Laws and Statutes."

"I would suggest building a stronger relationship with your local prosecutors to where if there are legal questions that officers are unable to answer, that they are able to and feel comfortable with, reaching out for additional guidance," Ratcliffe wrote.

He called for a review of the department’s report approval processes. And he said the department should implement a policy requiring photographs to be taken of all injuries, regardless if the subject is a suspect or victim.

Roughly two weeks after the Moab incident, Petito was last seen alive. The FBI later found her remains at a Wyoming campsite she'd shared with Laundrie. He drove home to his parents house on the other side of the country without her and said nothing before going on the lam and eventually turning up dead himself.

Get breaking news alerts in the FREE FOX 13 Seattle app. Download for Apple iOS or Android.