A gas leak in the area of High Street and Central Avenue in Alameda has prompted officials to issue a shelter in place order.

ALAMEDA, Calif. - PG&E crewmembers have closed a gas leak that started Thursday morning in Alameda when a separate crew, unrelated to PG&E, hit a gas main with an excavator, a PG&E spokesman said.

The leak was closed at 12:33 p.m. in the street at 3108 Central Avenue, part of a residential neighborhood, PG&E spokesman Paul Moreno said.

PG&E was notified at 9:05 a.m. of a break in a 4-inch diameter steel gas main, Moreno said. Police said some people in the area were evacuated and others were told to shelter in place. 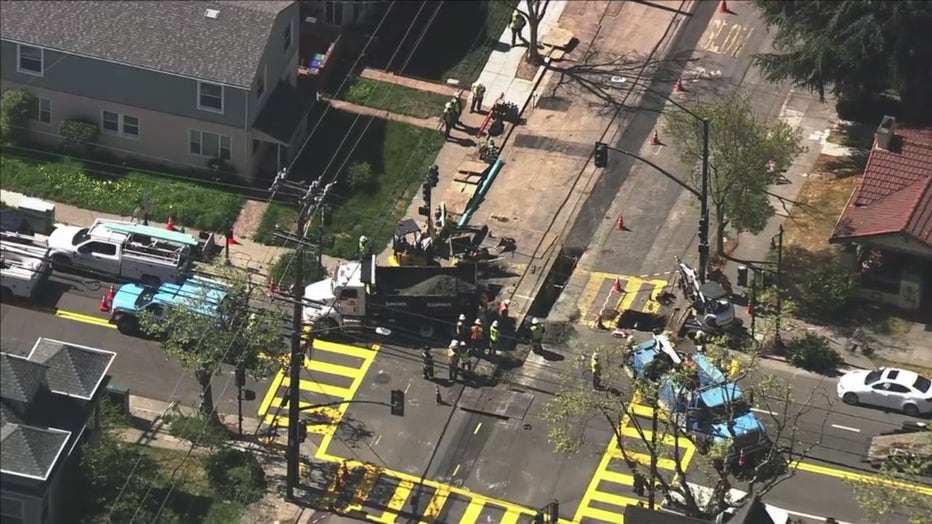 Crews work to cap a gas leak at Central and High in Alameda.

The incident was first reported on Nixle at 10:06 a.m.

As of about 12:50 p.m., both the shelter-in-place and evacuation orders were lifted, Alameda Fire Department Division Chief Michael Williams said.

No one was injured due to the break and no customers lost service, Moreno and fire officials said.