China, Russia and France took a dim view of the U.S. airstrike that killed Gen. Qassem Soleimani near Baghdad’s airport.

PARIS - Global powers are warning that the world has become a more dangerous place after U.S. President Donald Trump ordered the targeted killing of Iran’s top general and are urging restraint on all sides.

China, Russia and France, all permanent members of the U.N. Security Council, took a dim view of the U.S. airstrike near Baghdad’s airport early Friday that killed Gen. Qassem Soleimani.

“We are waking up in a more dangerous world. Military escalation is always dangerous,” France's deputy minister for foreign affairs, Amelie de Montchalin, said on RTL radio. "When such actions, such operations, take place, we see that escalation is underway.”

Russia’s Foreign Ministry, via an unnamed diplomat quoted by the state-run TASS news agency, condemned the killing as “an adventurist step that would lead to growing tensions throughout the entire region.” 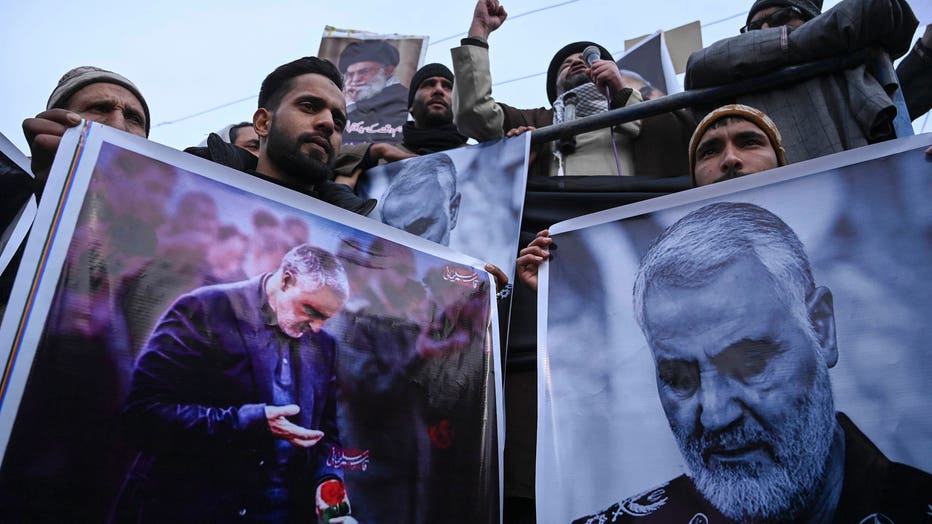 Protesters shout slogans against the United States and Israel as they hold posters with the image of top Iranian commander Qasem Soleimani, who was killed in a U.S. airstrike in Iraq, and Iranian President Hassan Rouhani during a demonstration in the

China described itself as “highly concerned.”

“Peace in the Middle East and the Gulf region should be preserved,” Chinese Foreign Ministry spokesman Geng Shuang said. "We urge all parties concerned, especially the United States, to maintain calm and restraint and avoid further escalation of tensions.”

Montchalin, the French minister, indicated that urgent reconciliation efforts are being launched behind the scenes. French President Emmanuel Macron and his foreign minister were reaching out to “all the actors in the region,” she said.