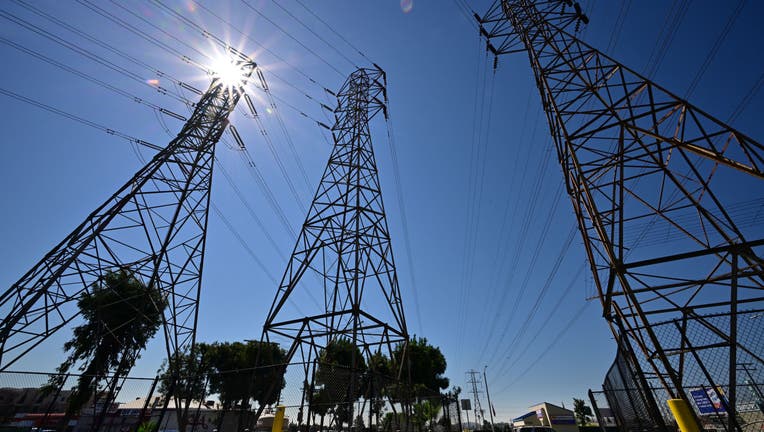 The sun shines above power lines in Rosemead, California, on August 31, 2022. - Temperatures as high as 112 degrees Fahrenheit (44 Celsius) were expected in some Los Angeles suburbs as a huge heat dome bakes a swathe of the western United States. The

SACRAMENTO, Calif. - California Governor Gavin Newsom has declared a state of emergency ahead of an expected heat wave that will span the entire state.  According to the governors office, the heat will put a strain on the states energy grid as they expect demand to increase.

The emergency declaration will temporarily allow for an increase energy production, allow some large customers to use back-up generators during peak energy demand and for ships in California ports to reduce consumption from the grid.

The California Independent System Operator called a Flex Alert on Wednesday, asking Californians to reduce their electricity consumption between 4 p.m. and 9 p.m. to save power and reduce the risk of outages.

State officials say the length of the heat wave will increase the amount of time the grid will face peak demand.

"This is just the latest reminder of how real the climate crisis is, and how it is impacting the everyday lives of Californians," said Governor Newsom. "While we are taking steps to get us through the immediate crisis, this reinforces the need for urgent action to end our dependence on fossil fuels that are destroying our climate and making these heat waves hotter and more common."