HAYWARD, Calif. - The family of a man shot and killed by Hayward police in 2018 said Thursday that no amount of money will bring their loved one back.

"Money is nothing. I want my son," Karla Gonsalez said through tears at a news conference with her attorneys.

"By no means does this bring happiness to our family," she said. I didn't have money then, I don't have money now. This wouldn't have mattered. My son's life mattered so much more."

She spoke two days after the Hayward City Council agreed to pay $3.3 million to the children of Agustin Gonsalez, settling a lawsuit from his family.

This brings the total of Hayward police payouts to at least $6.9 million, or roughly $41,000 per officer, since 2015, according to a KTVU analysis review of public records.

According to the analysis, this is now the second highest-per-officer payout rate in the Bay Area in terms of wrongful death and excessive force suits. Vallejo police department pays out the most, at $60,000 per officer. 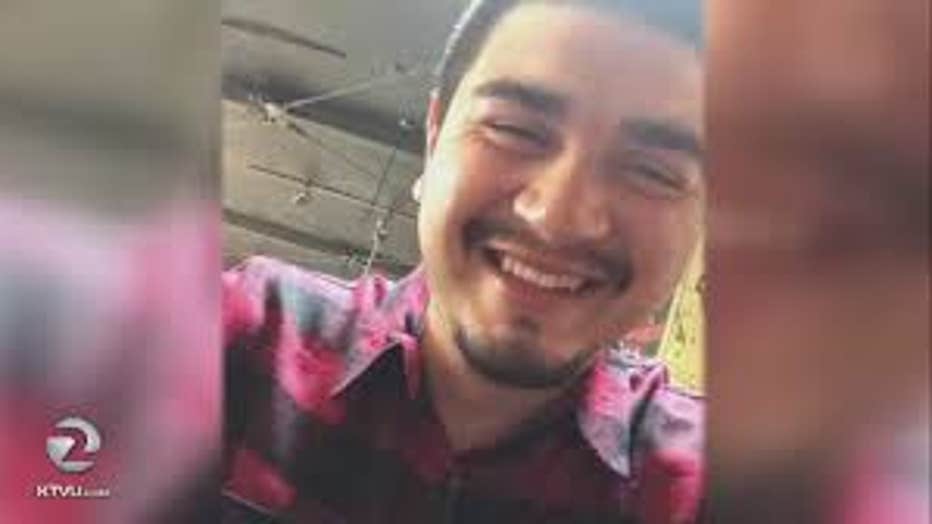 Agustin Gonsalez was killed by Hayward police in 2018.

The third and fourth-highest payout rates stem from the Alameda County Sheriff's Office and BART police, which each paid out about $27,000 per officer, during that same time period.

Hayward police officers Phillip Wooley and Michael Clark fatally shot the 29-year-old Lathrop man on Nov. 15, 2018, firing 13 shots after responding to a report of a man with a knife acting erratically.

An investigation revealed that Gonsalez was holding a razor blade. His family said that the young man suffered from depression and that police should have used de-escalation tactics and that they did not need to use deadly force.

The officers were cleared of any wrongdoing by the District Attorney in May 2019.

The family of a 29-year-old Hayward man killed by police four months ago say he suffered from mental-health issues and his life should not have ended. A protest was held at City Hall on Tuesday where they demanded answers. KTVU's Amber Lee reports.

The settlement is not an admission of wrongdoing, according to a press release issued by the city, which called it "a means of helping to support and meet the economic needs of two children who tragically lost their father."

The shooting prompted the council to establish a new policy to refer all such incidents to the state attorney general for review and to the county district attorney for investigation.

The case -- and other examples of police force around the country -- also prompted the city to launch a program of community discussions, called Policy Innovation Workshops on Community Safety in Hayward, a city spokesman pointed out.

The settlement is the result of a wrongful death suit brought by civil rights attorneys John Burris and Ben Nisenbaum on behalf of Gonsalez's parents as well as Jessica Aquino, the mother of his two children.

Family members of 29-year-old Agustin Gonsalez met with their attorneys on Tuesday to read the Alameda County District Attorney's final report in the deadly police shooting from six months ago. The DA has decided not to charge two officers in the man's shooting death in Hayward. KTVU's Amber Lee reports.

"Agustin’s death has traumatized the family, especially his mother and father.  Agustin was their only son," Burris said in a statement. "I hope that the settlement will allow some measure of closure for them.

Gonsalez's father said that to him, one of the "most disturbing aspects of the case" is the fact that the officers could have used their Tasers, but instead decided to fire 13 times.

And to add salt in the wounds, Burris said city officials refused to tell Karla Gonsalez that her son was dead, causing her and the family to be in a state of turmoil.

"Not telling the family of his whereabouts or condition for three days was disgraceful," Burris said. "Especially when the police knew that Augustin was dead."

A KTVU investigation last year found that Bay Area law enforcement agencies engaged in long-term reform efforts -- including having independent oversight -- are paying much less in civil penalties in recent years for injuring or killing people than many departments left to police themselves.

Hayward does not have such oversight.

EDITOR'S NOTE: An earlier version of this story incorrectly stated that Hayward police has the highest per-officer payout rate.