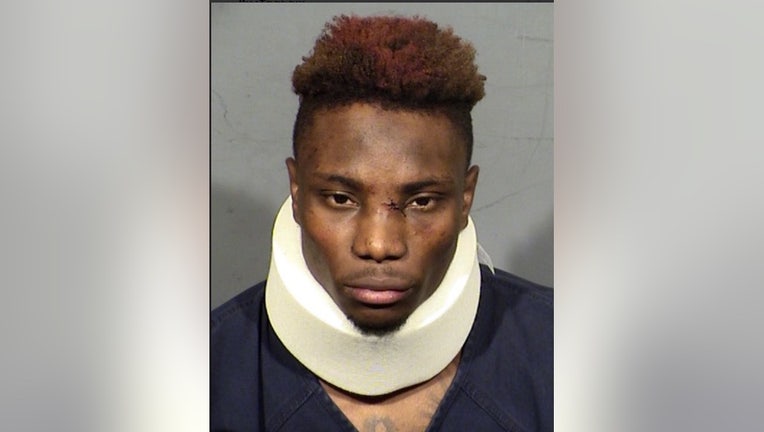 LAS VEGAS - In the aftermath of Henry Ruggs' deadly car crash, a witness came forward and said firefighters did not extinguish the vehicle fire quickly enough.

Tina Tintor and her dog were both inside the burning car Nov. 2 and both died.

Ruggs’ lawyers made the statement in their latest court filing.

"Firemen did not attempt to extinguish the fire at Ms. Tintor’s vehicle for approximately 20 minutes at which time the entire vehicle was engulfed in flames," defense attorneys David Chesnoff and Richard Schonfeld said in a Wednesday court filing that does not identify their witness. 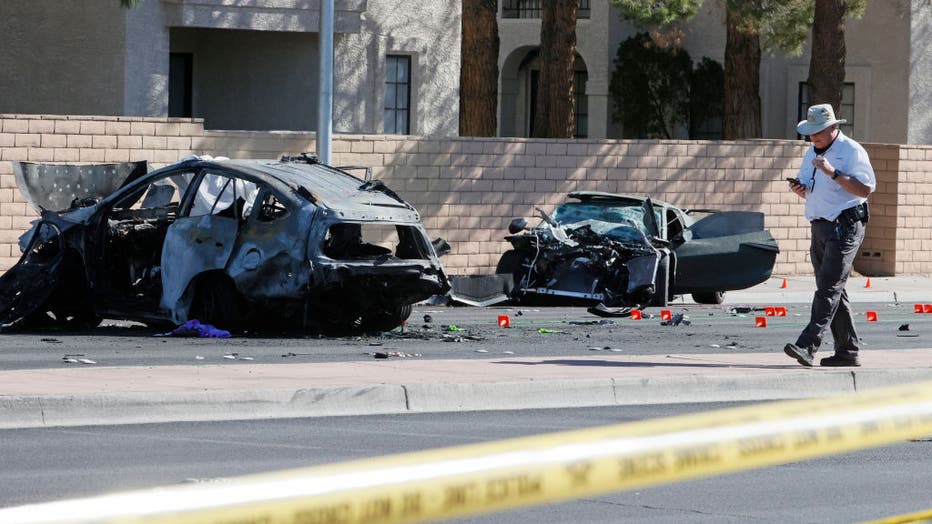 LAS VEGAS, NEVADA - NOVEMBER 02: A member of the Las Vegas Metropolitan Police Department investigates an accident involving a Toyota RAV4 (L) and a Chevrolet Corvette that were involved in an accident on November 2, 2021 in Las Vegas, Nevada. (Photo

Firefighters were "in a position to extinguish the vehicle fire while it was in its infancy stages and failed to do so," the court filing added.

Chesnoff and Schonfeld were attempting to get a court order allowing them to obtain Clark County Fire Department records about the crash and fire. A Nov. 17 court hearing was scheduled.

A Clark County spokesman, Erik Pappa, said in a statement Thursday there were "no delays in response or in the attack on the fire."

"The captain on the scene reported that the vehicle was fully involved in fire upon arrival and the passenger compartment was not survivable for anyone inside," the statement said.

Ruggs is accused of driving 156 mph while intoxicated with his girlfriend as a passenger in his Corvette. On Wednesday, prosecutors filed additional felony charges of driving under the influence causing substantial injury and misdemeanor gun possession against the former Las Vegas Raiders wide receiver.

Ruggs has posted $150,000 bail and is on house arrest with strict conditions including alcohol checks four times a day.