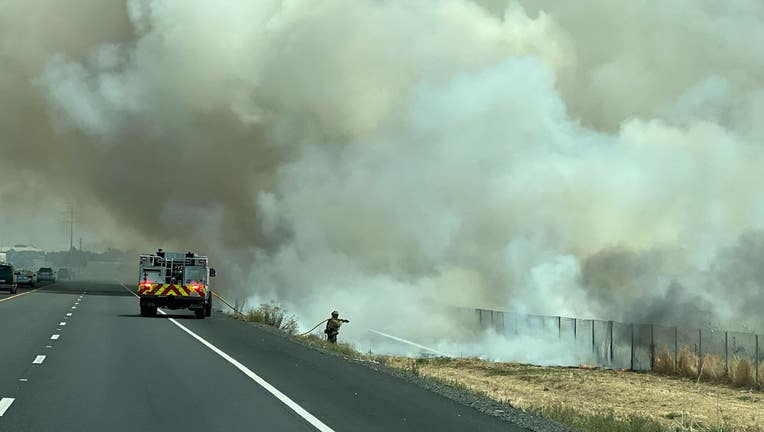 FAIRFIELD, Calif. - Westbound state Highway 12 in Fairfield has reopened after a three-alarm grass fire prompted the shutdown of the highway and nearby roads on Tuesday afternoon, police said.

Fairfield police wrote on social media shortly after 1 p.m. about the grass fire that prompted the closure of Highway 12 in both directions between Beck and Pennsylvania avenues.

About an hour later, the flames had been put out and the westbound lanes reopened, but the other closures remained in effect and visibility remained poor in the area, according to police.

The fire burned approximately 35 acres, Fairfield Fire Department said. There were no injuries reported and no structures were damaged.

PG&E crews were at the scene to investigate the extent of the fire damage, police said.