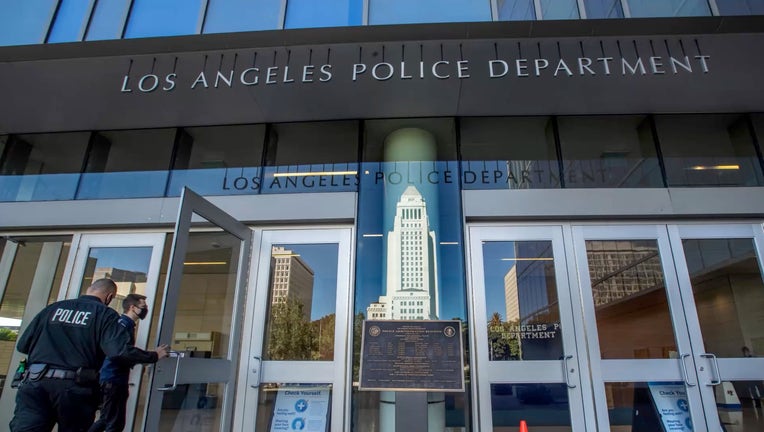 LOS ANGELES - The Los Angeles Police Department launched an internal investigation after an officer reported that a photo of George Floyd with the words "You take my breath away" in a Valentine-like format was circulated among officers.

Police Chief Michel Moore said Saturday that investigators will try to determine how the image may have come into the workplace and who may have been involved. Moore said the officer who made the complaint will be interviewed Monday.

"Our investigation is to determine the accuracy of the allegations while also reinforcing our zero tolerance for anything with racist views," the chief said.

Floyd, a Black man, was killed by Minneapolis police last May after one officer pressed a knee on his neck as Floyd repeatedly said, "I can’t breathe." The killing spurred protests across the country, including in Los Angeles.

If the probe confirms LAPD officers were circulating the image, "people will find my wrath," Moore said.