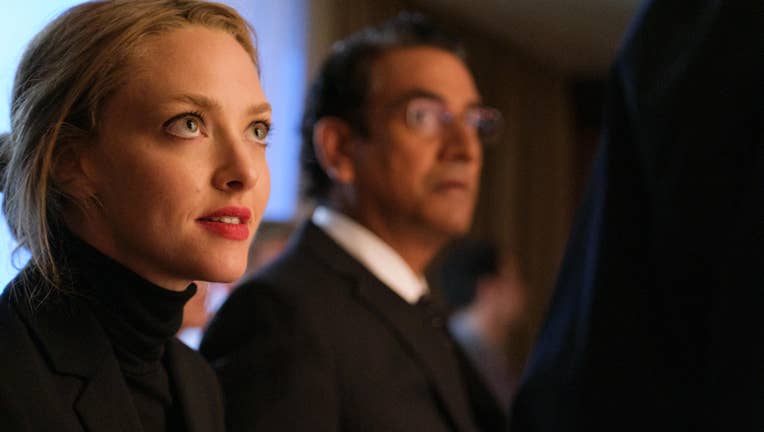 SAN JOSE – Episode 4 of "The Dropout" miniseries is oh-so appropriately named… because for the first time we see a crucial part of Elizabeth Holmes' modus operandi: Targeting "old white men" for her deception and fraud.

The episode introduces some of the most important characters in the Theranos saga, and many of the key figures who testified at her federal fraud trail, namely former Walgreens CFO Wade Miquelon and former Safeway CEO Steven Burd.

And as we watch Theranos turn from wannabe startup to Silicon Valley powerhouse – it's more clear than ever the role overtrusting "old white men" played in Theranos' grift at every level of the company and every step in the swelling swindle.

This article contains spoilers for Episode 4!

Need to get caught up on Episode 3 - "Green Juice"? Read the previous recap

Did Sunny Balwani really have a Lamborghini with the license plate VDIVICI? 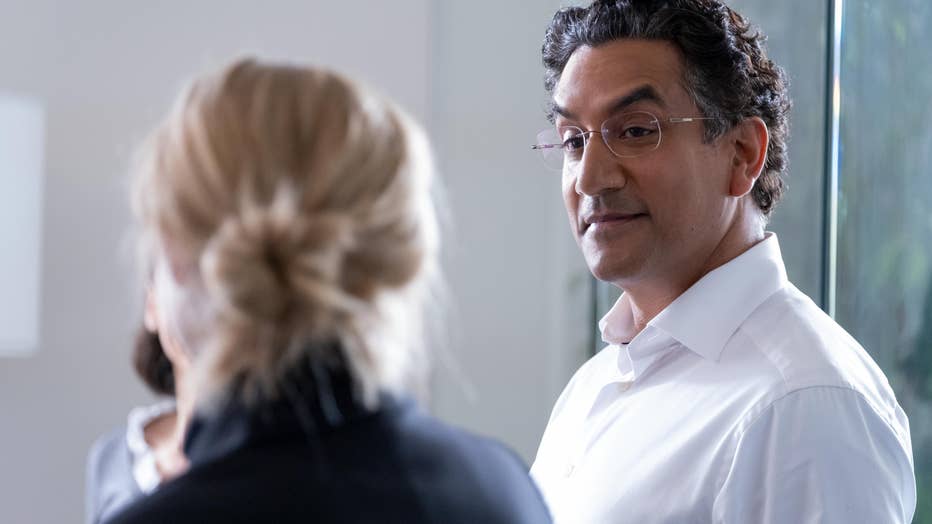 Oh yeah he did. Balwani may as well have had vanity plates reading "IMADBAG" – but this was Silicon Valley in 2010, so I guess that was cool? On a side note, the episode not-so-cleverly reminds us along the way that we're way back in 2010, with a random reference to "The Blind Side," and multiple shots of people playing Angry Birds (remember how huge that was?). So yes, Balwani indeed was unsubtle with his wealth and in real life he had TWO cars with vanity plates. In a 2018 piece for the Wall Street Journal, "Bad Blood" author John Carreyrou reported that Balwani also had a black Porsche 911 with the vanity plate "DAZKPTL," (Das Kapital) a twist on Karl Marx’s renowned critique on capitalism.

Did Balwani really keep a sleeping bag in his office? 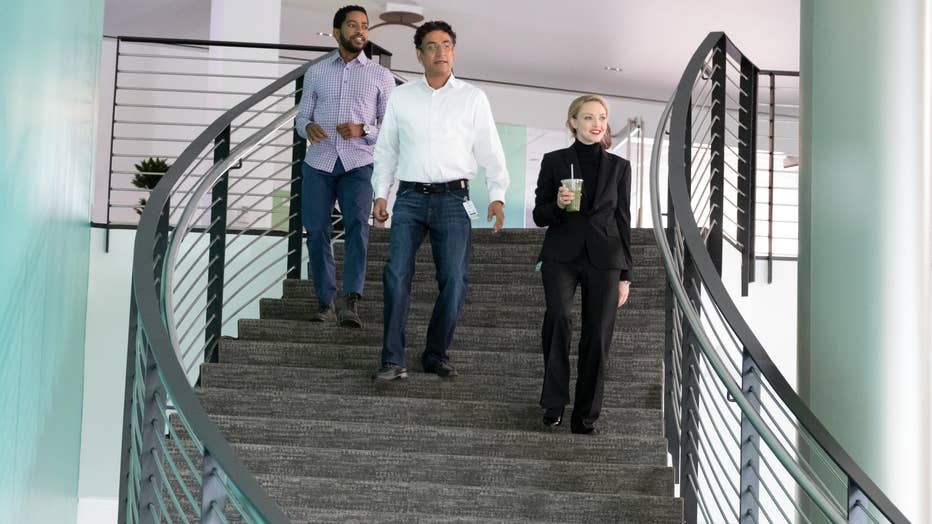 We've already seen the sleeping bag in Episode 2 when Balwani and Holmes cram together inside one in her officer, yech! But now it's become a sort of visual motif in the series – apparently symbolizing the brutal work ethic it takes to make it as a startup in Silicon Valley. And according to many people who took the stand in court last year, Balwani didn't tolerate any slouching off. It only grew worse as it became clear Thearnos wasn't going to have a working product before they were set to roll out in stores. No one testified that Balwani did for sure keep a sleeping bag on his floor, but it probably happened – and he probably let everyone know about it.

Did Holmes fire Ian Gibbons and then re-hire him? 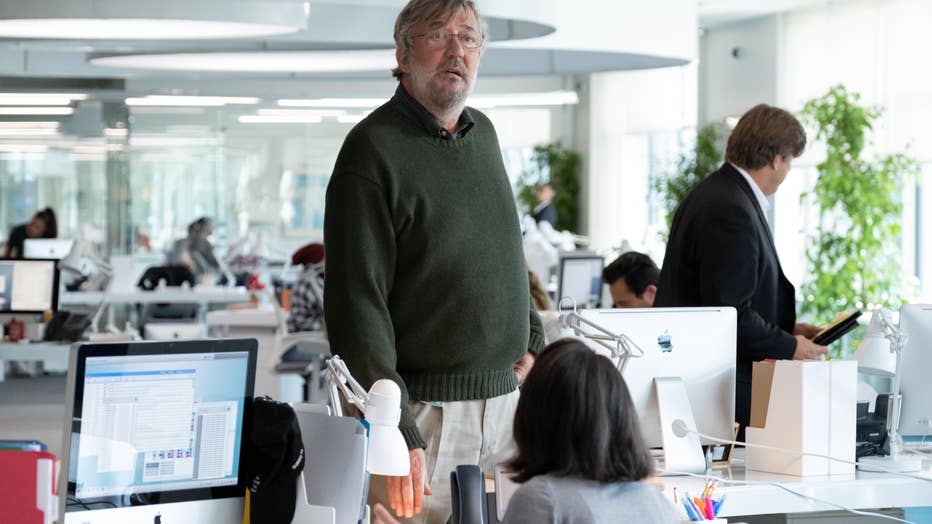 Ian Gibbon's involvement with Theranos is one of the saddest and most disturbing subplots to the entire saga. And most of the aspect of his involvement with the company never came up at trial – except in several emails that were entered into evidence. His involvement with Theranos was before the period of the charges in the indictment – and as we'll see later – details about his end at the company certainly would have prejudiced the defendant.  Gibbons was a respected biochemist who went to Cambridge and was one of the handful of original employees at Theranos. That means he knew more than many others who joined the company after Holmes and Balwani compartmentalized the workflow. Most importantly, he knew the Edison machine was nowhere near ready as Holmes was cutting deals with Safeway and Walgreens. That led to him getting fired in real-life (after he complained to board members) and then re-hired to "shut him up" as his widow told The Daily Telegraph.

How close was Holmes with George Schultz? 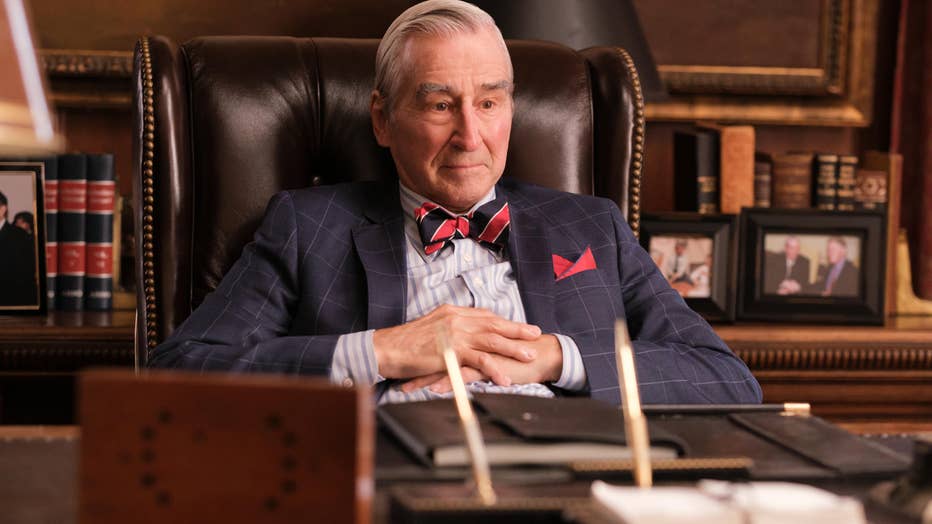 Holmes was extremely close with the former Secretary of State, and we meet Schultz (Law & Order's Sam Waterston) for the first time toward the end of the episode. Her sucking up is painfully obvious, but then again, Schultz was 90 and maybe not as sharp as he was when he took on the Soviets to help end the Cold War. We will certainly see more of Schultz (and his grandson Tyler who blew the whistle on Theranos) in later episodes. But this is an apt introduction given all the other old white dudes Holmes seems to be able to put a spell on.

Did Walgreens and Safeway really compete to partner with Theranos? 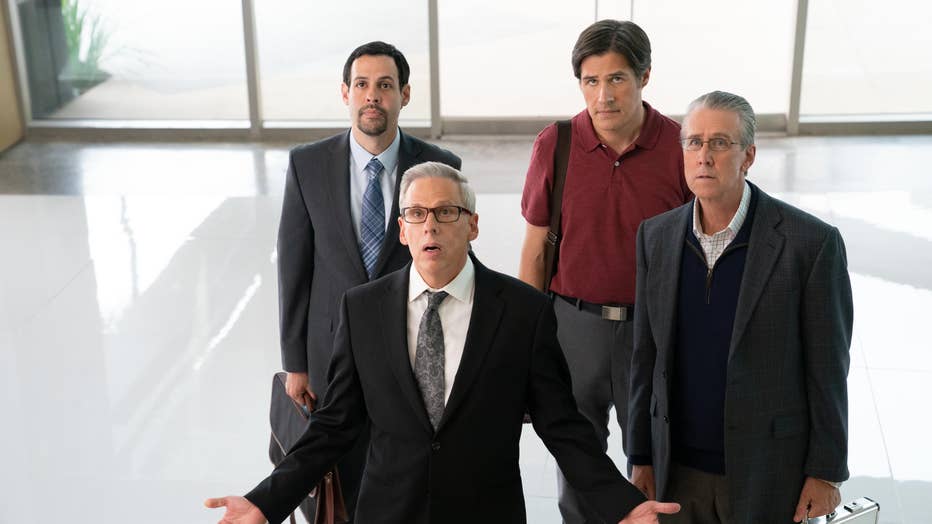 The episode perfectly dramatizes Holmes's efforts to gin up competitive interest between Safeway and Walgreens. Which really happened, but it likely didn't play out so deviously. Holmes indeed cut deals with both companies in the hundreds of millions of dollars. (Safeway dodged a bullet and got out before actually using the product on patients). In Episode 4, we meet the ultra naive Walgreens medical director Jay Rosan (played by Alan Ruck, whom you may remember as Cameron in Ferris Buellers' Day Off). He gives multiple spiels extolling the virtues of the Silicon Valley startup ethos and seems fine that Theranos has no FDA approval and brushes off red flag after red flag during his visit to Theranos headquarters. Rosan helps convince his boss, Wade Miquelon, to partner with Theranos without seeing the company's labs.

Miquelon testified over several days during Holmes' trial, recounting that Holmes wanted to ink a deal with Walgreens at the same time it was planning to put its analyzers in Safeway stores. When the Safeway deal collapsed (costing the company $55 million), Walgreens launched its partnership and began putting testing centers in stores in Arizona and California.

As we'll see in later episodes, it would prove to be the undoing for Theranos, which had to run most of its tests on modified commercial analyzers, which required more than a drop of blood, and consequently gave disastrous results.

Catch up on previous episodes….