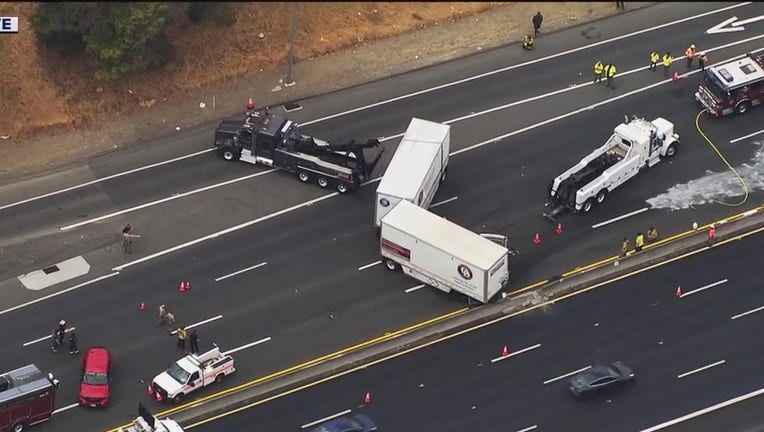 MARTINEZ, Calif. - A multi-vehicle crash involving an overturned tractor-trailer led to the closure of southbound I-680 in Martinez during the Wednesday morning commute. All lanes were reopened about eight hours later.

All lanes were blocked due to the collision near Pacheco Boulevard around 7:45 a.m. Traffic was backed up past the Benicia-Martinez Bridge.

The center median was damaged and needs to be repaired.

There was no immediate word on potential injuries or how the crash occurred.

The freeway lanes reopened at around 3:45 p.m.