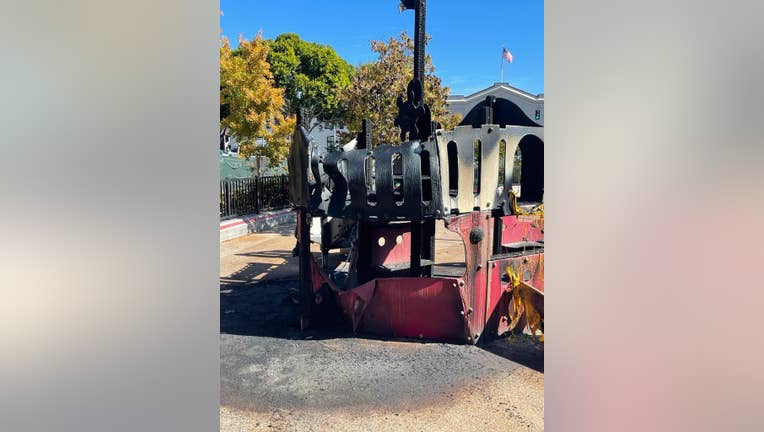 Officials with San Francisco Parks and Recreation Department said park rangers were alerted of the fire and that firefighters extinguished the blaze at around 11:30 p.m.

Those who frequent the area may be familiar with the playground structure modeled after a pirate ship, a slide, and rubber safety surfacing to protect kids from falls, which was all destroyed. 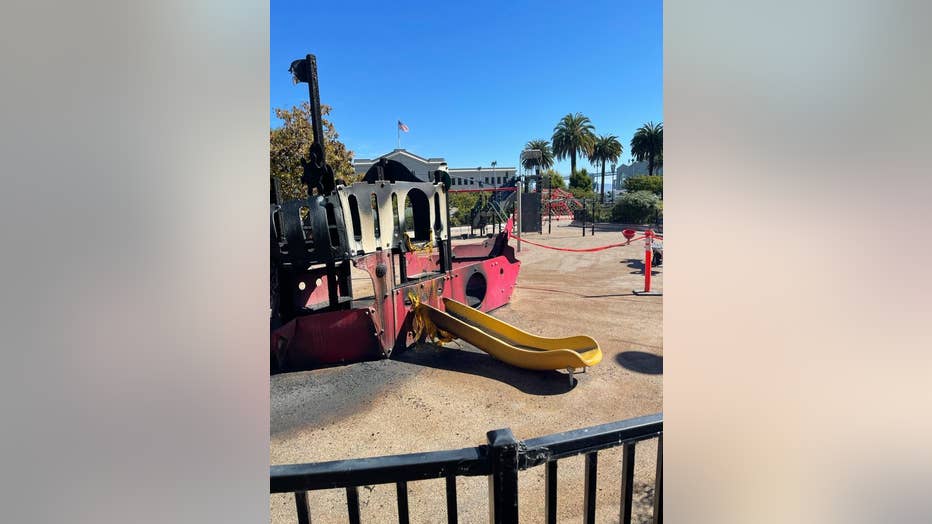 Fortunately not all of the playground equipment was consumed in the fire. The swing-set, seesaw and rope climber survived. Park officials said in a news release that the unaffected portions of the park could reopen as soon as next week.

Sue Bierman Park is an open grassy area across from the Ferry Plaza along the Embarcadero at Washington Street. It's the only playground for children within half a mile.

"This is heartbreaking and infuriating," said San Francisco Recreation and Park General Manager Phil Ginsburg. "This playground was a dream that neighborhood families worked very hard to achieve." 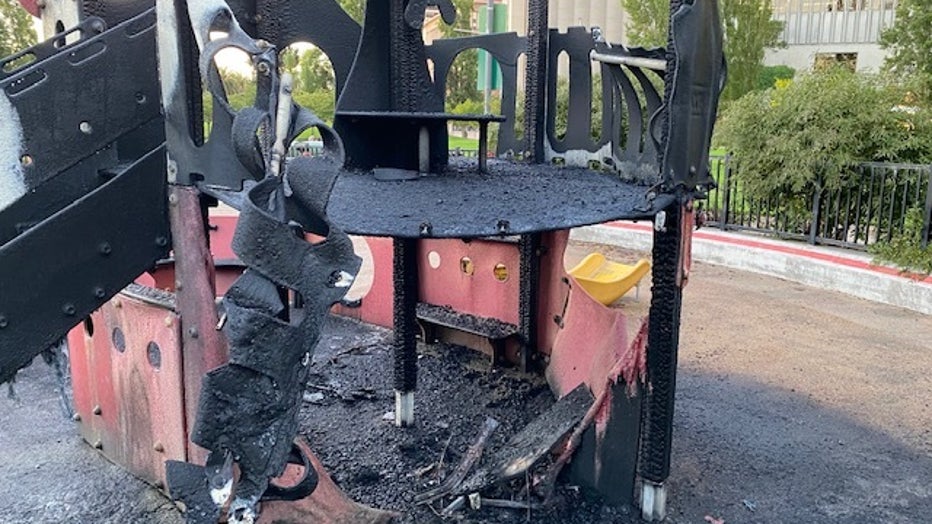 The park opened in 2011 followed by the playground area two-years later.

Investigators did not yet say if the fire appeared to be suspicious.

The nearly $870,000 park was made possible in large part by donations with Zynga taking the lead. The park sits near where the Embarcadero Freeway once stood.