Man accused of killing mother, sister in Allen caught while trying to board flight to San Francisco

Allen police were able to track down a man accused of killing his mother and sister while he was trying get a flight to San Francisco.

ALLEN, Texas - Allen police were able to track down a man accused of killing his mother and sister while he was trying get a flight to San Francisco.

Burak Hezar was arrested at DFW Airport Saturday after police said he stabbed and killed his mother, Isil Borat, and 17-year-old sister, Burcu Hezar, at their Allen home hours earlier.

Police began investigating after getting a call just before 9:15 a.m. from Isil’s husband, the children’s stepfather.

When he got home, Burak was still at their home in the 1800 block Nueces Drive, near Custer Road and McDermott, west of Highway 75.

"But they were there together for a period of time, and then the stepfather discovers that there’s a problem," Allen PD Sgt. John Felty said.

Investigators determined Hezar was responsible for the double homicide.

Burak left before police arrived and took his stepfather’s cell phone, before ending up at DFW Airport.

"Now he had a ticket to go to San Francisco, California. That’s where his biological father resides, at some point, he abandons the idea," Felty said.

He tried to rent a car but failed. Airport police found him and arrested him. 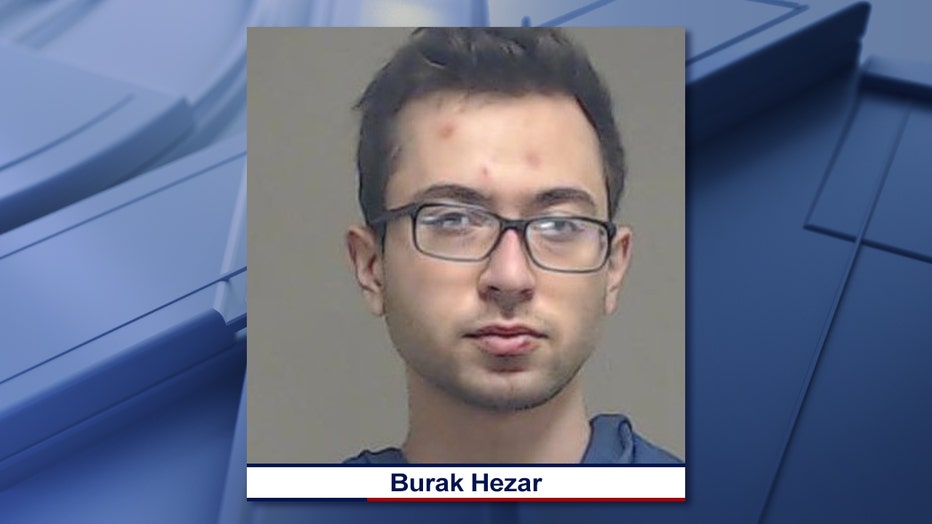 People visited the neighborhood Sunday to leave flowers along the driveway.

The younger victim was a student at Allen High School.

Some of her friends didn’t learn about it until they were at the school’s prom Saturday night. Allen High School is making counselors available to students who may need help.

"My heart breaks for any child that is in a situation where he felt like he needed to do this," neighbor Connie Hardy said.

Isil was a once a member of a school in Turkey, according to a social media post by the school.

Police don’t know what led to the killings.

It’s the second time this month multiple members of an Allen family were murdered.

Two brothers, Farhan and Tanvir Towhid, killed their parents, sister, and grandmother before killing themselves in early April.