SAN FRANCISCO - A man arrested after he allegedly stabbed a 94-year-old Asian American woman in San Francisco in an unprovoked attack has pleaded not guilty to attempted murder charges, the city’s top prosecutor announced Friday.

Cauich’s arraignment was scheduled for Friday. It wasn’t immediately known if has an attorney who can speak on his behalf. The DA's office request that Cauich be detained without bail was granted. Assistant District Attorney Trevor Kempner read a victim impact statement from Taylor's niece in court.

Ahn "Peng" Taylor was on her daily walk near her downtown apartment Wednesday when Cauich allegedly hit her in the head and stabbed her on the forearm, hip and torso. He then continued walking and threw away the knife, Boudin said.

Police officers who responded to a report of a stabbing found a knife near the crime scene and obtained a photo of Cauich and circulated it to all officers. Police arrested him two hours after the attack.

Taylor was taken to a local hospital, where she is recovering, Boudin said.

The attack comes amid a wave of assaults against Asian Americans in San Francisco and across the country since the coronavirus pandemic took hold in the U.S.

Surveillance video shows the moment a 94-year-old woman was stabbed on a San Francisco sidewalk, in what authorities are calling an unprovoked attack. The alleged suspect was on an ankle monitor when the stabbing occurred. Warning: video contains a graphic scene of violence.

"We are devastated by this recent, horrific attack. We stand with the AAPI community and the vulnerable elderly community which, around the nation, have faced too many tragic incidents like this one over the past year," Boudin said in a statement.

Earlier this year, Cauich was convicted of three separate felony burglary charges and sentenced to jail time and probation, along with other conditions. He was again arrested in May for burglary, and prosecutors filed new felony charges and sought his detention, Boudin said.

"The District Attorney’s request to detain Mr. Cauich was denied by the court and he was released on an ankle monitor," he said.

Cauich is due back in court June 22. 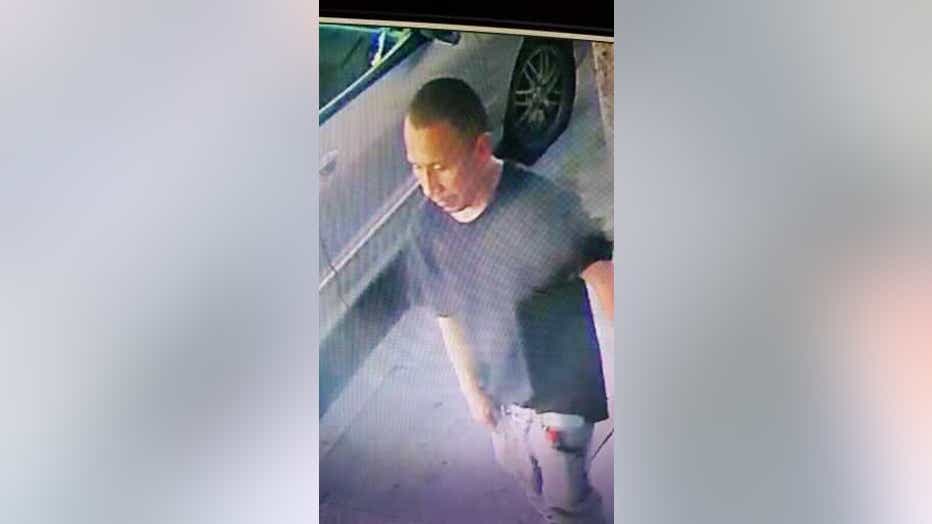 Daniel Cauich, 35, the suspect in the San Francisco stabbing attack on a 94-year-old woman.