Attorney says his client, a graduate of McClymond's High School in Oakland, was taking a gun away from assailant when San Jose police officer opened fire.

SAN JOSE, Calif. - Despite the fact that San Jose police shot a Contra Costa College football player four times in the stomach, arm and knee, none of the bullets shattered any bones or ripped through any crucial muscles, the athlete's attorney told KTVU on Friday.

"A nurse told me it was miraculous," civil rights attorney Adante Pointer said of his client, 20-year-old K'aun Green, whom police shot Sunday about 3 p.m. at La Victoria Taqueria in San Jose.

The news was especially heartening as Green was offered several scholarships to four-year universities to play football, his family told Pointer.

Although the bullets didn't shatter any knee or elbow bones, the nurse did tell Pointer that the bullets ripped through Green's intestines and it may be at least eight weeks before he is up and about – and even longer before he can get hit and tackled. 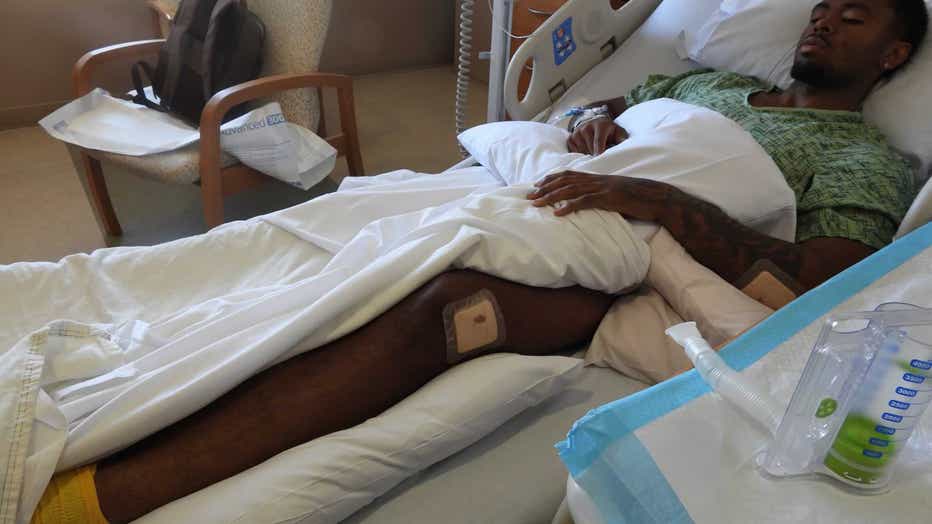 San Jose police said they had shouted commands for Green to drop the gun, not knowing the full story of what had happened inside, and they shot him because he didn't comply with their commands.

Police had responded to a homicide just blocks away at the same time and believed at the time the two shootings were related – it turns out, they were not.

Pointer said that Green told him at the hospital on Thursday that the young man did not hear any of the police commands.

Rather, Green's intention was simply to get away from the strangers who had been fighting in the taqueria and keep the gun away from them. Someone from the group had brought the gun, Green told his attorney; it was not his.

Bystander video obtained by KTVU from outside the restaurant shows that roughly four seconds pass between when Green opens the door and the officer fires.

In the video, police cannot be heard ordering Green to drop the gun. 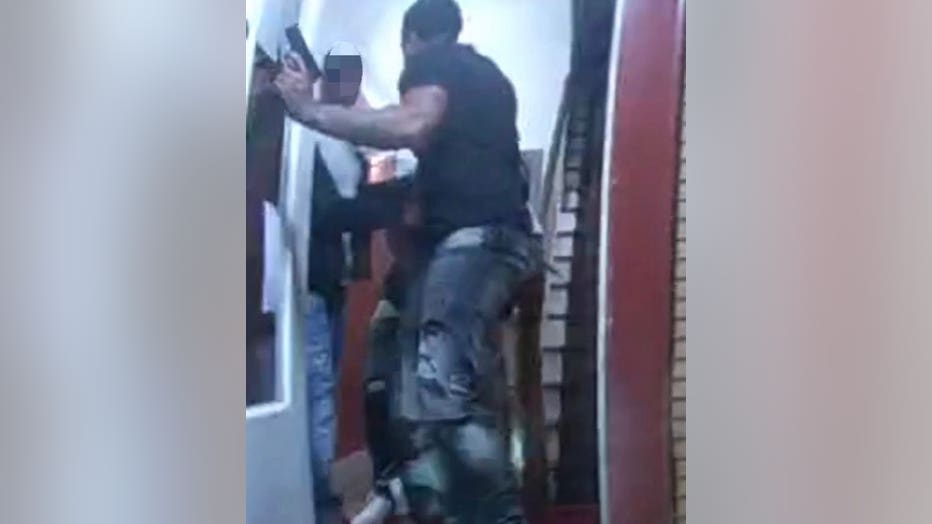 Police ended up arrested a 30-year-old East Palo Alto man for being a felon in possession of a firearm that night. But that man has since been released from custody and told KTVU that he didn't bring the gun to the restaurant; he just picked it up off the floor.

No one else has been arrested from that night, police said.

While Green has not yet been ready for public interviews about what happened, he told his attorney that after he was struck by the bullets, he had intense, searing pain, like nothing he had ever experienced before.

But he knew that he could suddenly go into shock and if he closed his eyes he feared he could die.

So, he fought back every urge to fall asleep.

He knew he had to stay alive for his family. He thought of his mom and what it would do to her if she lost her son.

And even though he was placed in handcuffs which made the pain more intense, Green said he successfully was able to stay awake and ultimately survive.

Community members are holding a "Justice for K'aun Green" rally on Friday at San Jose City Hall at 5 p.m. 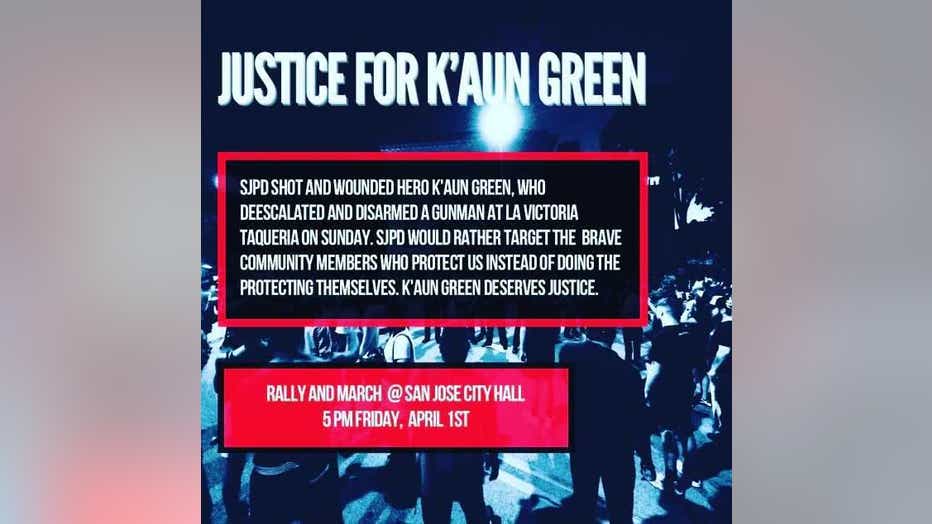