A man who was shot and injured by a San Jose cop while holding a ghost gun during a fight at a downtown taqueria was not the person who brought the handgun to the restaurant, police officials said.

SAN JOSE, Calif. - A man who was shot and injured by a San Jose police officer while holding a ghost gun during a fight at a downtown taqueria was not the person who brought the handgun to the restaurant, police officials said.

San Jose police Chief Anthony Mata said Tuesday that based on surveillance video from inside the restaurant it appears the handgun was transferred several times during a fight at La Victoria Taqueria.

"It was someone else who had the firearm. The person who was shot, based on evidence, he did not bring it," Mata said.

Mata did not confirm whether the man had disarmed someone during the fight, but it appears there was a tussle over it.

Adante Pointer, an attorney representing the young man, identified him as 20-year-old K'aun Green, a graduate of McClymonds High School in Oakland and a football star who had dreams of turning pro.

Pointer said his client was eating inside the restaurant with friends when a man came in and started threatening the group. Pointer said the man left, but then came back inside with two other people. He said those three individuals started to threaten and verbally assault Green and his friends.

"Then one of those gentlemen pulled out a gun," Pointer said.

Pointer said Green was only defending himself during the incident.

"Video shows he was punched first, then the gun was drawn. He defended himself then disarmed the guy who was threatening to shoot him and then the other people in the restaurant," Pointer said.

Attorney says his client, a graduate of McClymond's High School in Oakland, was taking a gun away from assailant when San Jose police officer opened fire. 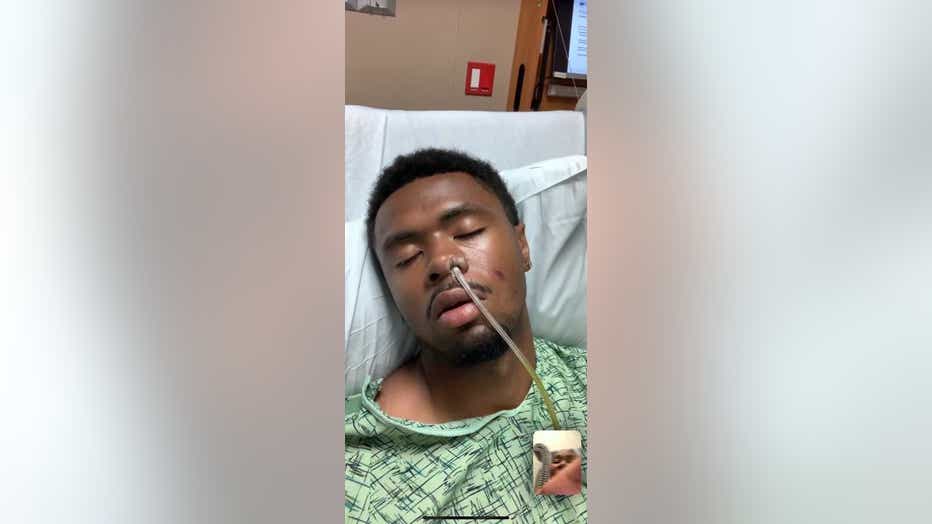 Green's attorney said the clip from the handgun fell out during the tussle over the weapon.

"He put the clip back in the gun and never pointed it at anyone in the restaurant. And he was pleading with the guy telling him, ‘Look man I don’t want to do anything like this. ‘I’m an athlete. We don't want any problems,'" Pointer said.

He said Green was backing away from his attackers and trying to exit the restaurant, with no idea that officers were outside. 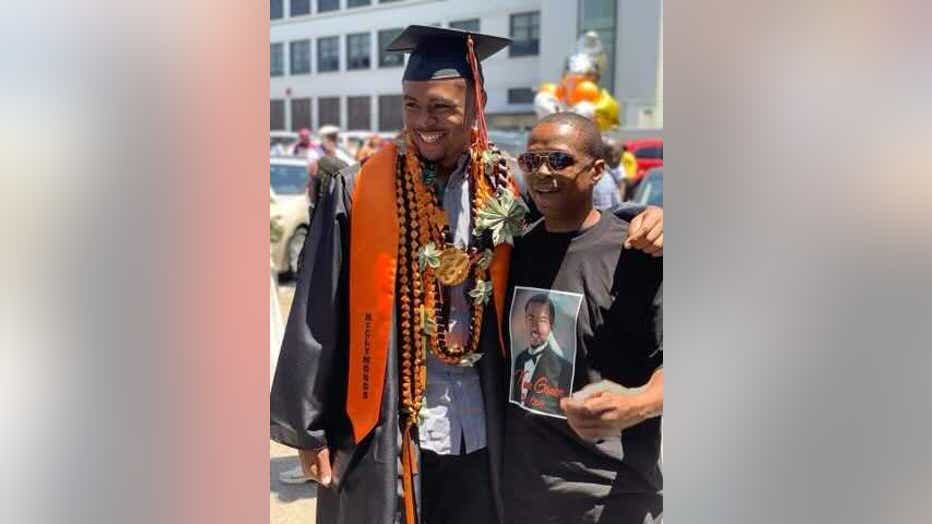 Pointer said Green now has a long path to recovery. "He was shot multiple times, a couple times in the abdomen, in the leg and once in the arm," said Pointer.

The chief said Green was not charged with any crime. Authorities said another man involved in the fight originally brought the ghost gun and brandished it during the melee. He was arrested and is charged with being a felon in possession of a firearm.

"He did not know who they were, unknown assailants and essentially picked a fight and then punched him. So when we talk about a fight, this was more of an assault and a battery. My client was the victim from the beginning," said Pointer. "He wrestled the gun away from the guy. So what you see here is a young man who sprang into action to defend himself and others and was backing away creating space between he and the gunman who was trying to take the gun back from him, trying to de-escalate the situation."

Officers were already at the scene of a homicide early Sunday when they were called to La Victoria restaurant, located at 140 E. San Carlos Street near S. 4th Street, at around 3:11 a.m.

Mata said officers believed an active shooter situation was unfolding or about to occur. He said that information was broadcast over police radio and triggered a heavy police response.

Surveillance video from inside a San Jose taqueria that evolved into an officer involved shooting.

As the situation evolved, Mata said officers believed the taqueria incident was possibly related to the homicide officers had responded to minutes before.

Mata said Green was told to drop the gun several times before an officer opened fire on the man, shooting him several times.

When asked whether the officer lawfully fired his weapon as it appeared in the video that the man's back was turned toward officers, Mata said it appears "his back was towards us," but authorities have to closely examine the video to determine how Green was positioned. 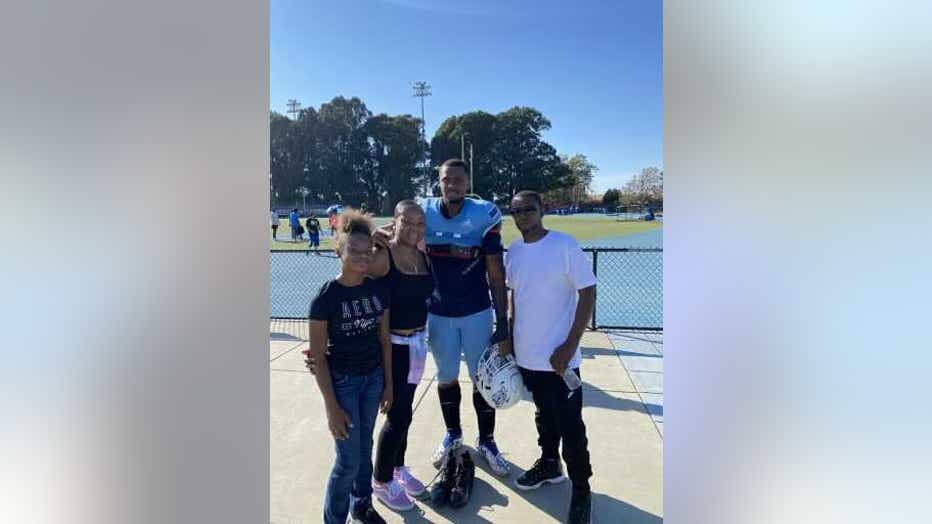 Chief Mata said the officer who fired his weapon has four years' experience and was placed on routine administrative leave. His name will be released at a later date.

The police department's homicide unit and Santa Clara County district attorney's office is investigating along with other city agencies.

Whether the shooting was lawful or not will be determined by district attorney's office.

Body camera footage will be released by police in compliance with state law within 45 days, Chief Mata said.