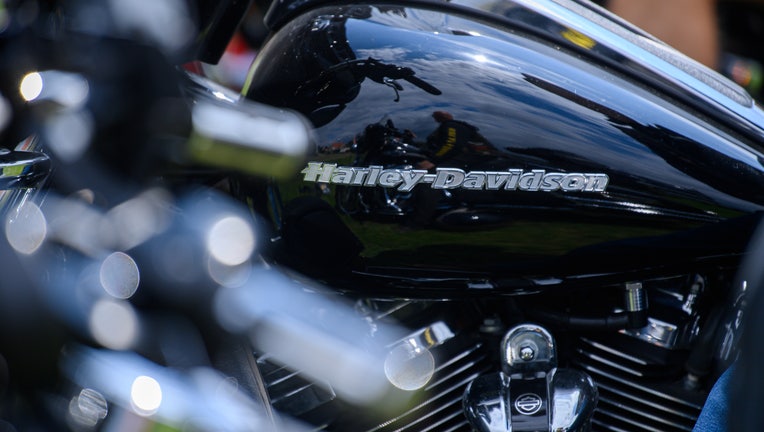 File photo showing a Harley-Davidson logo on the tank of Harley during a press and photo session for the "Harley Days Dresden 2021" on the festival grounds in the flood channel.

OAKLAND, Calif. - A motorcyclist of Tongan descent died in a crash in Oakland on Thursday afternoon when he was in a procession to take his dead father to a cemetery, police and family on Facebook said.

In the crash reported just after 1:30 p.m. in the 4300 block of MacArthur Boulevard at High Street, the motorcyclist was ejected from the bike after hitting a curb.

The 34-year-old, identified Friday by the Alameda County coroner's bureau as Siupeli Lauaki of Oakland, was pronounced dead at the scene.

No other vehicles were involved in the collision and only Lauaki was riding the motorcycle, according to police.

The driver had been riding the Harley-Davidson east before the crash, police said.

Lauaki was streaming his ride in the procession live on Facebook when he crashed. Family members of Lauaki created numerous posts on social media to remember him.