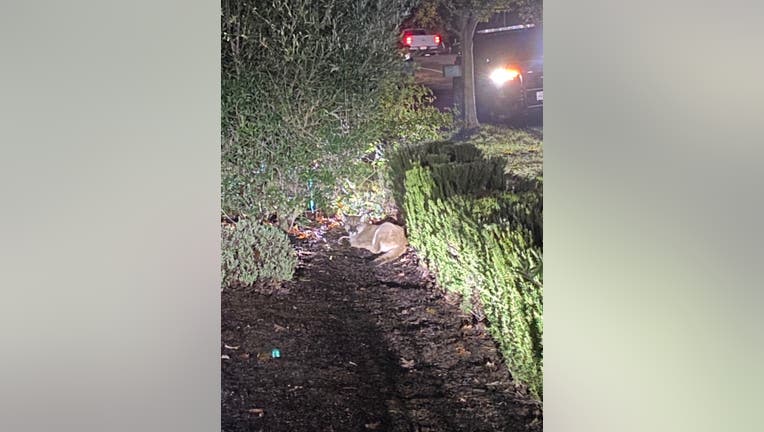 SANTA ROSA, Calif. - A mountain lion was captured and is under observation after being found in front of a home in Santa Rosa on Tuesday night, police said.

Officers responded around 10 p.m. to a mountain lion sighting reported in the area of St. Francis Road and De Soto Drive and arrived to find the animal in a front yard and it refused to move or leave despite police making noise and shining lights toward it.

Officers remained on the scene until state and local wildlife officials arrived to sedate the mountain lion and safely removed it from the property.

The mountain lion is a young male weighing about 45 pounds and did not show any obvious signs of injuries or disease, according to police. The mountain lion remained under veterinary care as of Wednesday and there was no additional information immediately available about its status.