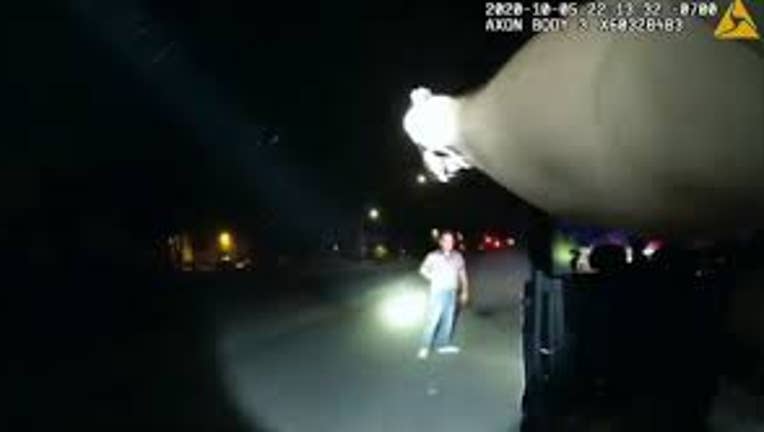 NAPA, Calif. - Attorneys for a man who was killed after he was pulled over for driving without his headlights on have filed a wrongful death suit against Napa County and the sheriff, alleging the 47-year-old's shooting death was unprovoked and unconstitutional.

The suit, filed in federal court on behalf of the family of Juan Adrian Garcia also personally named Sgt. David Ackman, who fired his weapon six times at Garcia on Oct. 5, 2020.

"Sergeant Ackman overreacted and mishandled this situation from the beginning," said civil rights attorney Julia Sherwin of Oakland. "He jumped out of his car and immediately pointed his gun at Juan, who was no threat.  Juan was clearly confused about what the sergeant wanted from him, given the sergeant’s complete failure to communicate with him.  Then the sergeant unloaded six bullets at Juan in rapid succession, without any warning.  The sergeant appears to have panicked, and in his panic, he stole this devoted father, son, and husband from a family and community that loved him."

The suit alleges excessive and unjustified force and a departmental failure to train and supervise.

Napa County Sheriff's spokesman Henry Wofford said it's a common policy for his office not to comment on pending litigation. He added that after a 25-plus year career, Ackman retired a couple of weeks ago. He said the retirement had nothing to do with the suit, which was filed on Tuesday.

As is laid out in the lawsuit, Garcia, a husband and father to three sons, was returning home to Napa after visiting friends who had evacuated from the Napa County fires and were staying at a local resort.  He got lost on his way home.

At 10:11 p.m., Ackman signaled for Garcia to pull over on Highway 221, saying that he had been driving without headlights on.

Within 38 seconds of Garcia exiting his car, Ackman shot Garcia six times, killing him "even though he was unarmed and non-threatening," the lawsuit contends.

The suit does not mention that Garcia had a blood-alcohol level more than 4 times the legal limit.

But in a previous statement, Sherwin's partner, Michael Haddad said: "Having had alcohol doesn't justify deadly force against you, it's not a death-penalty crime. Obviously, he shouldn't have been driving."

According to the suit, Ackman chose to use unlawful deadly force against Garcia for a simple vehicle infraction. The sergeant also failed to warn Garcia before firing a shot and he chose not to use his own patrol car for cover if he felt scared.

The lawsuit also accuses several Napa County employees and agents of not providing any basic human decency to the Garcia family.

For instance, authorities questioned Garcia's wife, Eva Lopez, and his mother on the day after he was shot but they didn't provide her any details of his injuries or what had happened.

Finally, when he was declared brain dead, Napa County sheriff’s deputies guarded Garcia’s body, stopping his wife and other family members from taking any last pictures or using their cell phones, the lawsuit states.

The sheriff’s office also forbade the family from having more than one person present with Garcia, so his parents were only able to see him for approximately 20 minutes before his wife said her final goodbye.