Some evacuation orders remain in effect.

"We have a number of guard crews that have been on year-round and have been trained and divvied out to specific units of Cal Fire to do fuel mitigation work and reduce the fuels," Cal Fire Battalion Chief Mark Brunton said during a Monday morning update on Twitter.

It has been two weeks since lightning set ablaze the CZU Lightning Complex fires, which are 39 percent contained with 84,860 acres burned, 861 residences destroyed and 86 others damaged.

Non-residential buildings have not seen the same rates of carnage but 139 were destroyed and 13 damaged. Still, 6,759 structures are threatened, according to Cal Fire. 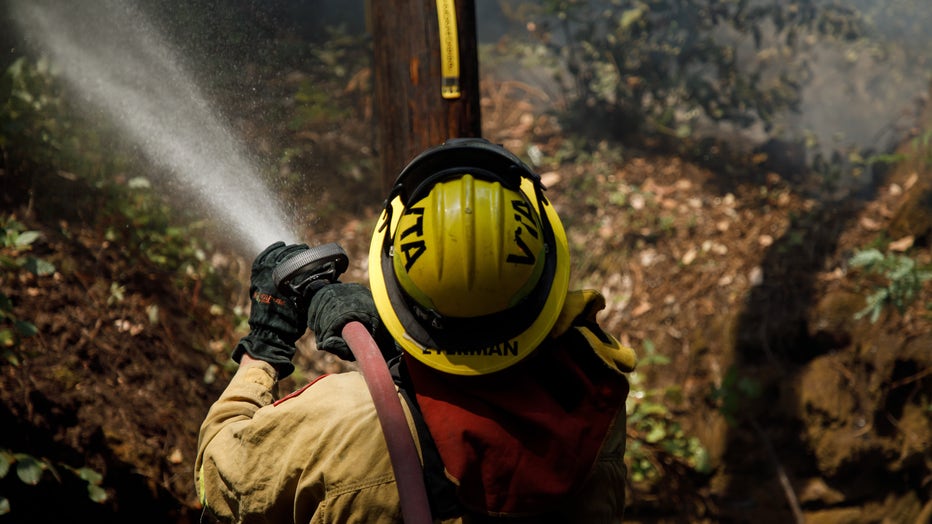 Containment has increased in the southern part of the fire near Davenport area where residents have begun to repopulate, Brunton said.

Most fire activity is in the northern part of the complex near Butano State Park.

GET THE KTVU WEATHER APP TO CHECK CURRENT CONDITIONS

Throughout the week, there will be very dry and warm temperatures inland that will complicate suppression. Crews are unsure of when full containment will be reached.

A resource assistance center is also open on 140 Front St. in Santa Cruz.

Residents can contact the Santa Cruz County Hotel Hotline at (831) 454-2181 and sign up for email updates at https://tinyurl.com/CZUlightning.