Martin Waukazoo has dedicated his life to helping his Native American community in the heart of Oakland's Fruitvale district.

OAKLAND, Calif. - For 40 years, Martin Waukazoo, a proud Native American who lives in Oakland, has made it his life’s work to build what’s now a community lifeline.

The Native American Health Center (NAHC) in the Fruitvale District is 1,400 patients strong and employs more than 100 indigenous people, the largest employer of Native Americans in the Bay Area.

"It’s more than a clinic, it’s a gathering place," Waukazoo said. "What we have here in East Oakland is a small reservation."

It was 65 years ago when the federal government tried to relocate indigenous people into large cities, promising a better life. But it left many Native Americans homeless, jobless and disconnected.

The Bay Area became home to one of the largest intertribal population with many settling in East Oakland in the 1960s and 1970s. 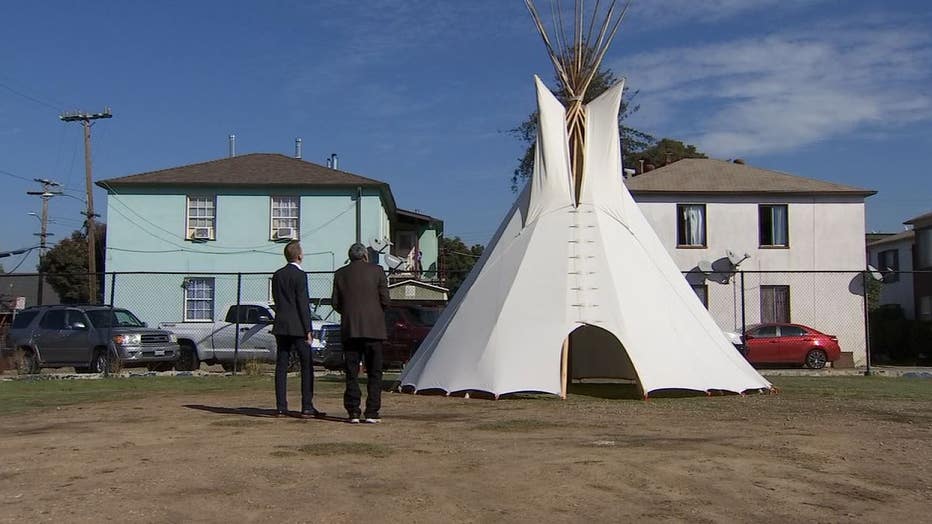 "We’re here and we plan to stay here," Waukazoo said. "We’re moving the community from hopelessness to hope."

Waukazoo knows that firsthand, growing up in Rapid City, South Dakota, where at time he said he felt ashamed of his heritage.

"I can remember the feelings I had walking down the street in South Dakota with my father seeing signs in the stores – no Indians or dogs allowed," he said. 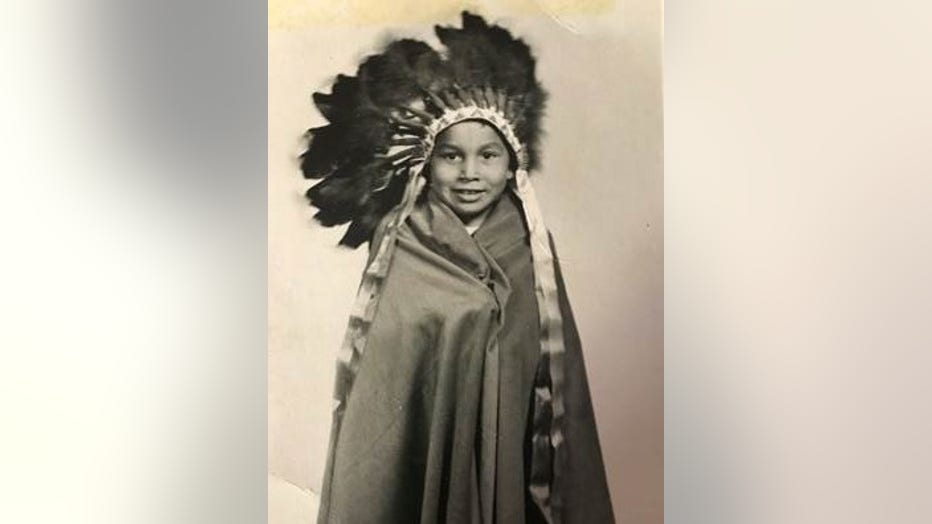 His life became a battle: dealing with discrimination, becoming a high school basketball star, overcoming an alcohol addiction after moving to the Bay Area in the early 1980s, and then starting his life’s work at NAHC.

Decades later, after several expansions, the nonprofit was able to have a profound response to the coronavirus pandemic.

So far, NAHC has provided 65,000 COVID-19 tests and more than 20,000 vaccines and counting. That includes more than 1,300 vaccinations to Native Americans.

"It’s been really critical for us to get out there," said Eulalia Valerio, member services director at NAHC.

But she said outreach stretches beyond medical or dental services and focuses on holistic healthcare for the most vulnerable, providing access, trust and culture.

"It’s a place for us to connect with our identity," Valerio said. "It’s not always about coming to see a provider but coming to see ourselves in the services we provide."

Those services also include help with housing, food and jobs – aiming to assist the most vulnerable.

Big plans are also in the works for a cultural center along International Boulevard to celebrate community diversity along with 76 affordable housing units and a small clinic. Money is still being raised before building begins. 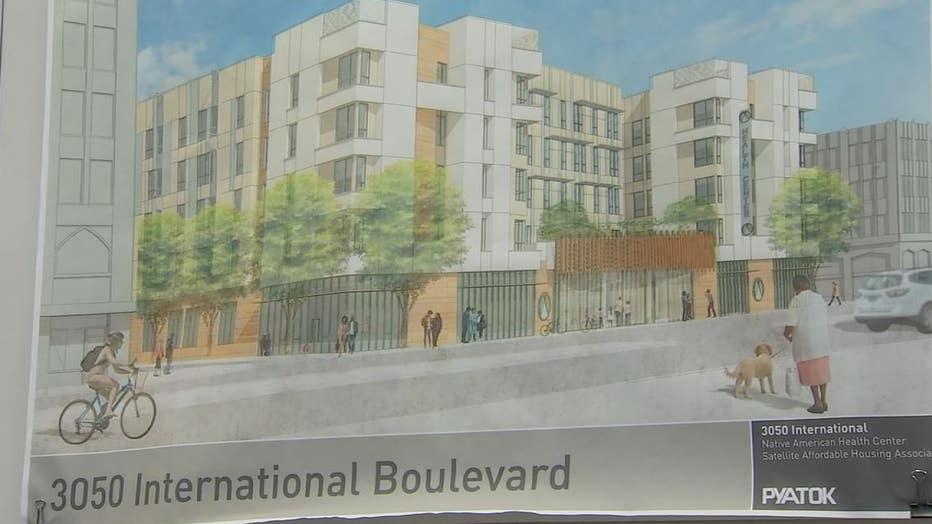 Native American Health Center rendering of the nonprofit's plan for a new cultural center and affordable housing building with clinic.

"That is the quickest way to improve the health of the community," Waukazoo said. "What we’re doing is lifting our community out of poverty."

With November being Native American Heritage Month, community events are being held at the NAHC campus including an Indigenous Red Market to celebrate culture and resiliency.

A commemorative street sign now bears the name, Waukazoo Way to pay tribute to his decades of contributions right in the center of the campus, and a large teepee was setup just off 31st Street and International Boulevard.

For Waukazoo, he said it’s healing to see the signs of indigenous influence, reflective of a healthy, strong community that has overcome adversity.