Soldier reunites with family at NBA game after 8 months apart

Aaron Kern, who was assigned to Operation Allies Welcome at Camp Atterbury, broke down with emotion after reuniting with his daughter at an NBA game. (Credit: Indiana Pacers via Storyful)

NEW YORK - The NBA’s championship trophy has a new look, and the league will hand out some new trophies for the first time during these playoffs.

The league unveiled a slightly redesigned Larry O’Brien Trophy on Thursday, plus announced changes to the Bill Russell NBA Finals MVP trophy and changes to the design of the conference championship trophies.

And four of the game's legends now have their names on NBA hardware. 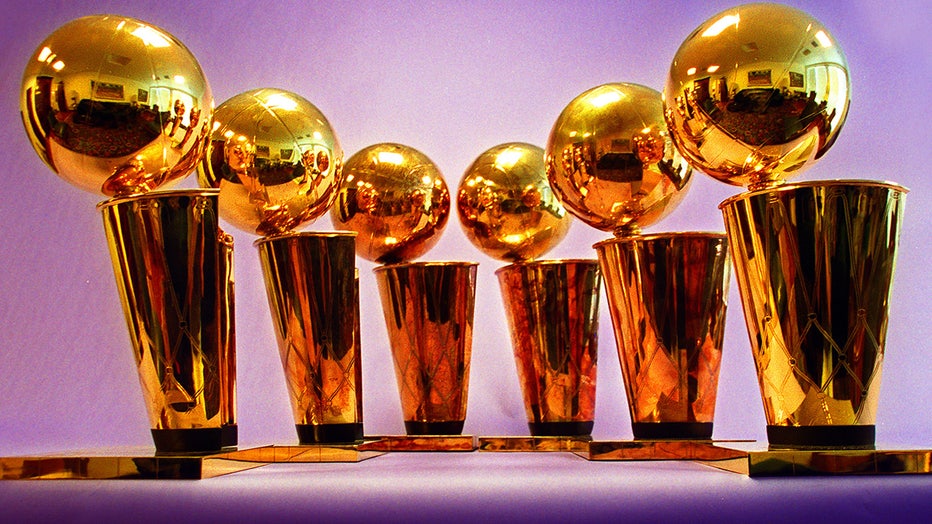 "The NBA Conference Finals represent the last hurdle a team must face for an opportunity to make it to the big stage, the NBA Finals," Johnson said. "I’m truly honored to have my name memorialized on the Western Conference Finals Most Valuable Player Trophy."

The most visible change is to the Larry O’Brien, the trophy given to the NBA champions. The ball now tilts in a different direction, the netting is much more visible and the base is now round — two discs stacked atop one another, the first bearing the names of past champions, the second to bear the names of teams that win the title starting this year.

EARLIER: NBA playoffs: Things to know about this postseason

The conference finals MVP trophies awarded next month for the first time are similar to the Bill Russell trophy, which has a slightly different look as well. And the trophies presented to the East and West champions have new looks and new names — the Oscar Robertson Trophy goes to the West champion, the Bob Cousy Trophy to the East champion.

"I have been part of the NBA family since 1950 and among the greatest joys of my post-playing career has been watching the game continue to evolve into what it is today," Cousy said. "There are few greater achievements in sports than representing your conference in the NBA Finals, and I’m moved that the NBA has granted me the honor of being connected to the Eastern Conference champions for years to come."