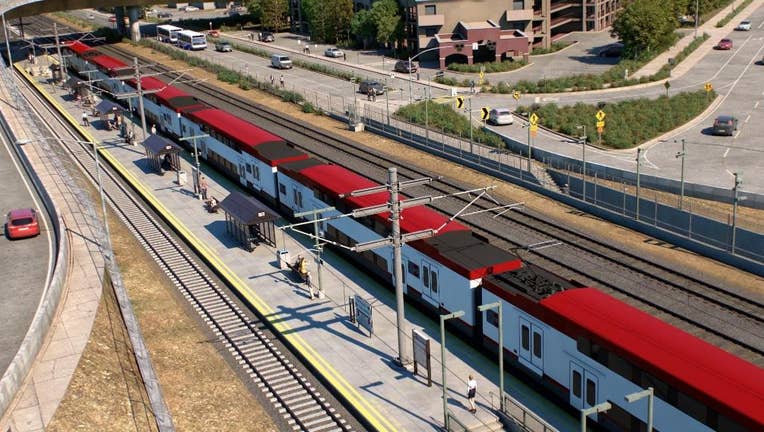 SOUTH SAN FRANCISCO, Calif. - The opening of Caltrain's new station in South San Francisco is now set for November, meaning Caltrain expects the project to finish 50% over budget and two and a half years late.

In addition to the COVID-19 pandemic, Caltrain blamed the latest delays on "unforeseen conditions under Caltrain's tracks" and "low productivity by the contractor."

In coordination with the city of South San Francisco, CalTrain is adding a pedestrian underpass below Highway 101 and the tracks to reach a new center boarding platform with passenger amenities, and it is upgrading the tracks and signals in the area. The improvements will also make the station fully compliant with the Americans with Disabilities Act.

In a statement late Friday, Caltrain said "risks" are passed and "the contractor productivity level has increased."

When the contract was awarded in August 2017, CalTrain said the project would cost $61 million and be completed by summer 2019. CalTrain now says it will cost $96.6 million, up from an interim estimate of $71.6 million.

About $23 million of the gap will be filled by San Mateo County Transportation Authority, and another $2 million will come from the city itself, Caltrain said Friday.

The Peninsula Corridor Joint Powers Board, a collaboration of other agencies in the service area, has owned and operated the 150-year-old rail system since 1992.