No end in sight for California drought

MENDOCINO, Calif. - Gov. Gavin Newsom has declared a drought emergency in two Northern California counties in response to conditions affecting much of the state. 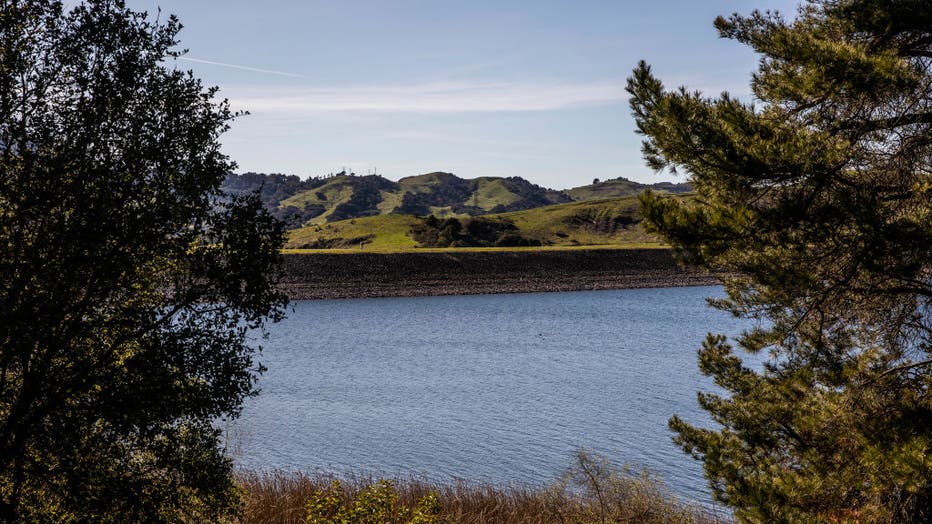 Water gradation marks are seen along the earthen dam at Briones Reservoir in Orinda, California Sunday, Feb. 28, 2021. The lack of rainfall this winter, resulting in a smaller snowpack in the Sierra Nevada mountains has awakened fears of drought. (St

It comes as California is expected to face another devastating wildfire season after a winter with little precipitation.

The order allows the state to prepare for the expected effects of the water shortage more quickly.

"Oftentimes we overstate the word historic, but this is indeed an historic moment, certainly historic for this particular lake, Mendocino, which is at 43% of its capacity this time of year," Newsom said in an appearance at the lake.

The state Department of Water Resources says this is the fourth driest year on record statewide, especially in the northern two-thirds of the state. But Newsom said urban Californians are using 16% less water than they were at the start of the last major drought from 2012 to 2016.

Newsom noted that three-quarters of the western United States are in what is called a megadrought.