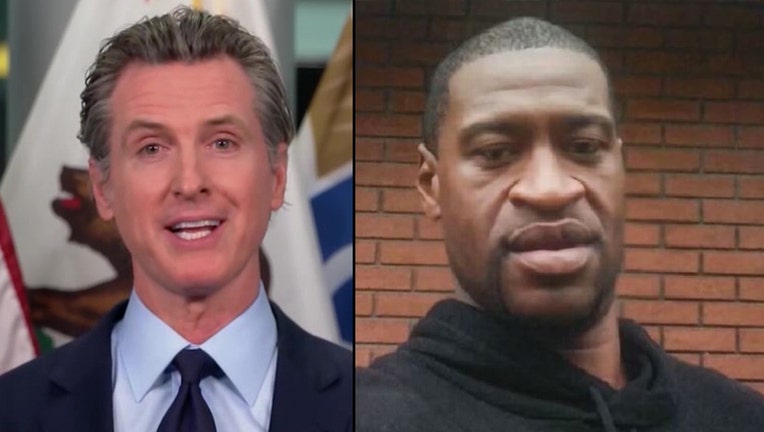 LOS ANGELES - "If George Floyd looked like me, he'd still be alive today," California Governor Gavin Newsom said in part in a statement issued Tuesday in response to the guilty verdict in the trial of former Minneapolis police officer Derek Chauvin.

Southern California was no exception as elected officials, sports figures and local leaders took to social media to weigh in on the news of the former police officer being convicted in the killing of George Floyd.

"No conviction can repair the harm done to George Floyd and his family, but today’s verdict provides some accountability as we work to root out the racial injustice that haunts our society," said Newsom. "We must continue the work of fighting systemic racism and excessive use of force. It’s why I signed some of the nation’s most progressive police reform legislation into law. I will continue working with community leaders across the state to hear concerns and support peaceful expression."

The jury found former Minneapolis police officer Derek Chauvin guilty on all counts in the death of George Floyd.

The 12 jurors deliberated for around 10 hours before they reached their verdict. After the verdict was read, the judge revoked Chauvin's bail and he was handcuffed and escorted out of the courtroom by a sheriff's deputy. He is expected to be sentenced in about two months.

Here is the moment former Minneapolis police officer Derek Chauvin was escorted out of the courtroom in handcuffs after the jury reached verdict.