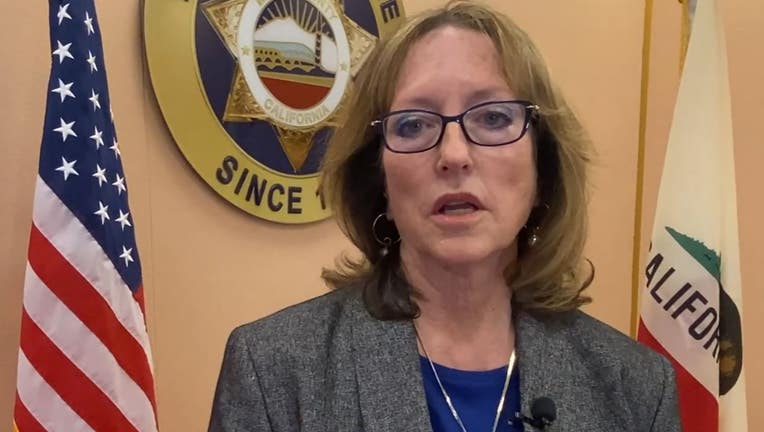 SAN ANSELMO, Calif. - Marin County District Attorney Lori Frugoli says no crime was committed when a man was accused last spring of leaving racist voicemails on a town administration phone number. In addition, the D.A. says no charges will be filed in this case.

"The use of racist language is offensive and disgusting," Frugoli said in a video posted on the DA’s website. "That kind of hate has no place in our society, and it has no place in Marin County. That is my personal opinion.

The voicemails in part referred to Mayor Brian Colbert, who is Black. He had previously described the voicemail messages as "violent, racist threats" adding, "He used words that we associate with the Jim Crow South, not Northern California in the 21st Century."

Frugoli explained what transpired was a "hate incident, not a hate crime."

According to the D.A.'s office, the three voicemails were left during a time at which the Town Hall was closed. The caller expressed anger over the police department and the mayor in obscene and racist terms. He also left identifying information on the call, which was reported to Central Marin Police Authority, who made an arrest on suspicion of making criminal threats, but he was later released from jail.

The charges were vetted by the D.A.'s office as well as an "ad hoc committee on hate crimes," Frugoli said. However, the crime did not qualify as a hate crime per the California Attorney General's standards, the D.A. noted.

"I want to make it clear that the Marin County District Attorney’s Office encourages people to report possible hate crimes to their local law enforcement agencies," Frugoli said. "I assure you we take them seriously, and when they fit the criteria of a hate crime, we will vigorously prosecute them to the fullest extent of the law."