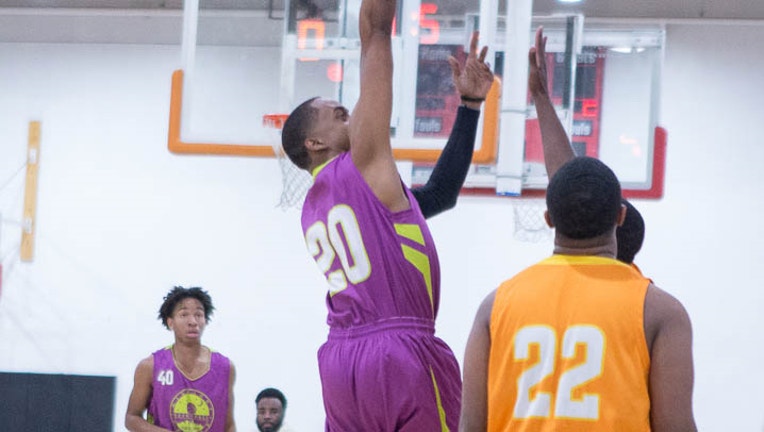 OAKLAND, Calif. - A special, multi-pronged community program in Oakland that uses late night basketball to get young people off the streets, has returned with a renewed and ever-urgent push to accomplish its goals: violence prevention, intervention and healing.

The program stemmed from a national initiative back in the 1980’s that sought to use organized basketball games on Friday nights to offer inner city young people a way to stay off the streets.

The Oakland chapter revamped and relaunched its program in 2019, but soon after was forced to shut down due to the pandemic.

Earlier this year, it worked to get up and running again with soft launches, and now, it’s "back to fully strong-- yearlong," Oakland Midnight Basketball League Director Marshall Collins told KTVU.

It's being headed up by the Alameda County Probation Department. "One of the Probation Department’s fundamental responsibilities, and overall goals is to ensure that we offer opportunities for youth and families to thrive outside of the justice system," Assistant Chief Probation Officer Brian Ford said, adding, "The Oakland Midnight Basketball league is one of the many ways in which we demonstrate our commitment to this goal."

The timing of the program’s return came at a critical point in Oakland, where homicide numbers have been on a continual and steady spike, as gun violence plagued the city. On Monday, the city marked its 105th homicide so far this year, with the shooting of a 19-year-old man in East Oakland.

Oakland Midnight Basketball sought to act as a tool to combat the bloodshed and crime.

"Our mission is to prevent violence and create young leaders through basketball and workshops," Collins said, adding, "We do this by keeping urban youth off the streets and engaging them with alternatives to drugs and crime."

150 young people ranging in age from 15 to 25 were currently enrolled in the league. 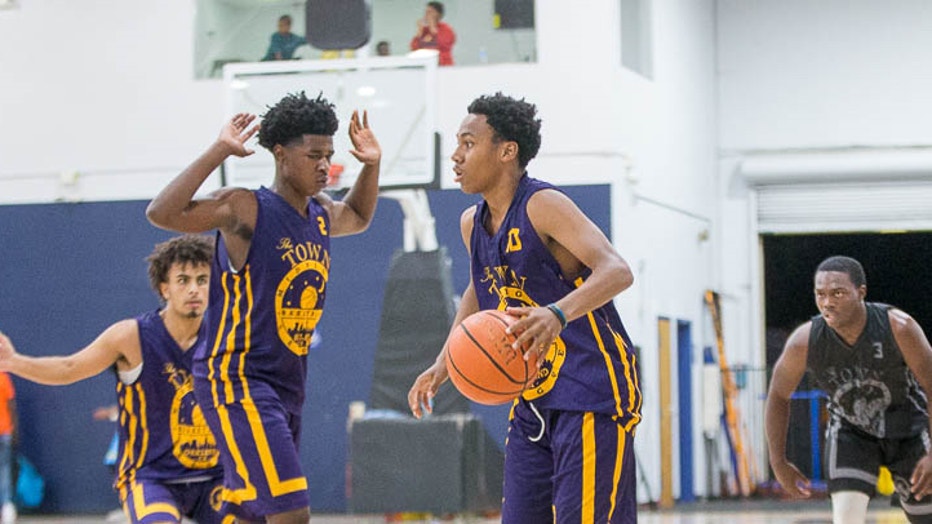 "We use basketball as a vehicle to get them through the door," Collins said.

And while basketball was a draw for many of those who took part, skills in the game weren’t required. "This is open for anybody who wants to walk through the door," the program's director explained.

There was no fee to play, and the ticket to be a part of the program was to attend the one-hour weekly workshop that’s held a couple of hours before game-time.

The workshops offered tips, instruction, and help on life skills with speakers who addressed a wide range of topics including mental health and beyond.

"Different speakers from how to get jobs to how to get into college, to how to get rent paid," Collins said, noting that all of it was free – a rare component of the program, compared to other midnight basketball leagues around the country.

The workshops also offered young people an opportunity to discuss events affecting their lives, including the cycle of gun violence that’s become a part of the daily headlines in Oakland.

"We have a guy, his name is Kevin, he runs our workshops. He speaks about current events and stuff in his past because he works with probation. He is very blunt about stuff that’s going on and in-tune with what kids have to deal with every day," Collins said.

In addition to the free workshops, participants got treated to free food, free uniforms, free time on the court, and even free Lyft rides to get to the facility.

While working to help combat the cycle of violence in the city, OMBL also sought to provide a source of hope, inspiration and opportunity. To that end, it has begun taking video of the players on the court, so they can post highlight reels to generate interest from college basketball programs.

"I'm trying to take it further," Collins said. "The community league showcases kids’ talents, give them opportunities. That’s what it's all about. If we can do this and give them opportunities, if we get the high school division, let's say up to 50, now colleges are coming out and watching them play," he added.

The league currently represented kids from eight high schools in the area. But ultimately, the goal was to boost that number to 50 high schools across Northern California, offering a greater opportunity for the young players to be seen by college scouts.

"I've been coaching college basketball for 17 years now. I just know that if you can give kids hope, that's another angle you can reach them at, and they're not on the streets. At the end, it’s about keeping crime down," the director said.

Officers with PAL interact with the teens and young adults, giving them a chance to create and build community and relationships with those who patrol the streets.

The league did face some hurdles ahead as it has its sights on growing and expanding, during a time when many other community programs were struggling to stay open.

The director said OMBL has been fortunate enough to have had sponsors and grants from key organizations including Kaiser and the Oakland Athletics, but with each six to eight week session costing roughly $125,000, the program was constantly seeking financial support to keep running.

"A lot of programs have been taken away from the local cities, and the youth are left with nothing to do, so we try to provide a safe place to have fun and be off the streets," Collins said.

He added that while it might start with basketball, ultimately he hoped the program would provide young people the resources to go out and act as a seed for change in their respective communities. 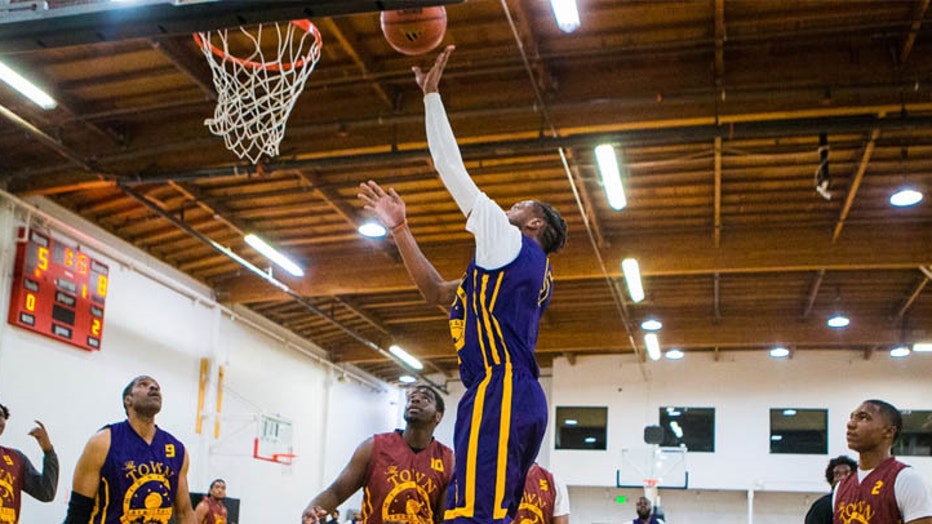